In a recent forum conversation, it was brought to my attention a previous work of mine was now unavailable online.  You see, when XNA was a new technology I started writing a free book on the subject, working with the release candidate.  In the end I wrote 4 chapters, then Microsoft released XNA 1 and there were some major changes that would more or less have meant a complete rewrite, which didn’t seem all to exciting a proposition.  That told, all the chapters combined were downloaded well over a 1/4 million time, so it did have an audience. 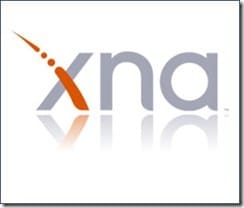 Anyways, the website that hosted these documents is now gone, as is the old mirror I hosted to.  By request, I managed to find the files, dust them off and I am posting those files here.  Keep in mind, these were written in 2006 and target a pre-release version of XNA, so the use is pretty extremely limited.

If for some reason you are still interested, here they are:

Also, of some possible interest, I was in the middle of authoring a complete very simple 2D game for Chapter 5.  The texts are gone, but I have the unfinished source code and assets right here.  It’s not complete, polished and nor does it compile anymore.  It did back in the day, I remember that much, before the final release of XNA 1 this code was 100% working.  I don’t know if it will be of use to anyone, but here it is!

Enjoy this trip down memory lane.