This is the second part in our look at the Loom game engine, you can read part one here.

I said I was going to get to coding next, but I ran into a bit of a roadblock, and figured I would document it in case any of the rest of you encountered the same issue.  It also looks at what the troubleshooting and support experience is like when dealing with Loom.  Basically, as the title suggested, I wanted to see the sample application running on my Android device.

To do so, open up a terminal window, cd into your loom project directory then type:

The android sdk does not appear to be installed, please run one of the following commands

Easy enough, I already have an Android SDK installed, so I call 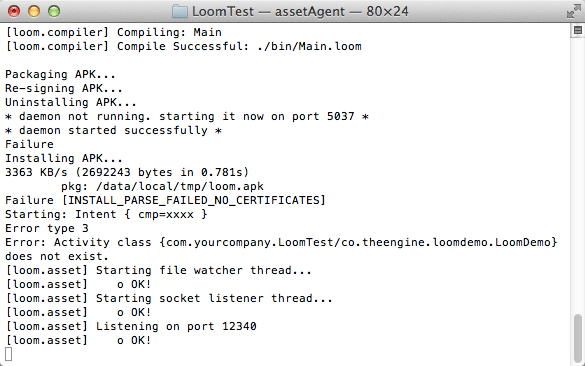 Well, this gives me a chance to check out Loom’s support, always a good test, especially with a new engine.

First the good news, I found an answer thread.  TheEngine.co seem very responsive on their support forums, I have to applaud that.  In a nutshell here, the tell is INSTALL_PARSE_FAILED_NO_CERTIFICATES.

Anyways, back to the problem at hand… it appears they require JDK 1.6, while I’ve installed JDK 1.7.

On Windows, this is no big deal.  On MacOS, with Apple’s ongoing war on Java, well to be honest it’s rather a pain in the ass.

Here is how I downgraded to Java 1.6.  There may be a better way, but I didn’t find it.

First, I removed the currently version of Java 1.7.  To do so, open a terminal window and navigate to /Library/Java/JavaVirtualMachines then remove the versions you don’t want with the command sudo rm -rf [JDKVersionToRemove]  Theres a pretty good choice there is a more elegant answer than this, but frankly, I don’t really care to keep Java 1.7 around so I took the brute force approach.

Then it’s a matter of locating a JDK 1.6 download… this is the tricky part.  There was one on the Apple developer site, but it seems to have been removed.  Fortunately you can download it at http://support.apple.com/kb/DL1572.  Download that file, open it, double click the pkg and install. 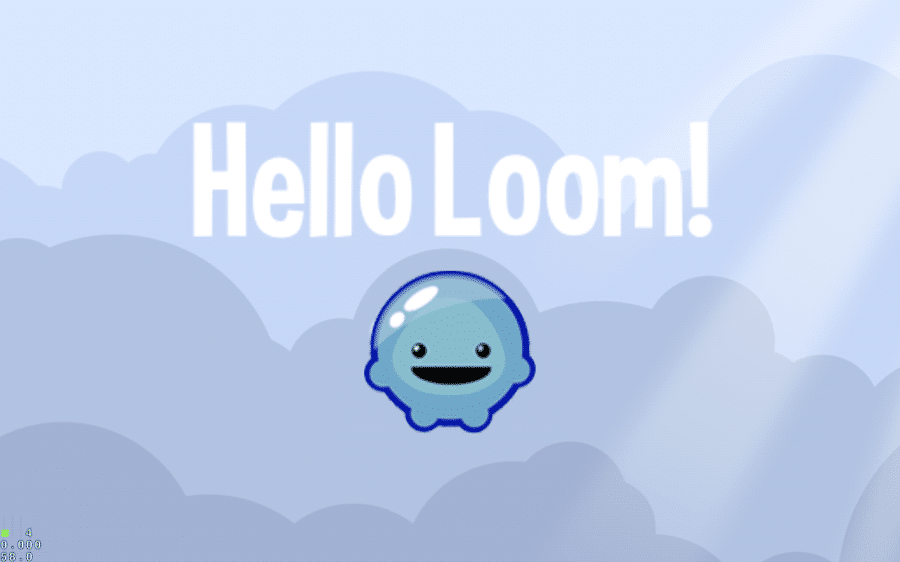 That’s the loom project running on my Galaxy Note.

So what’s the take away from this?

Well first off, Java 1.7 is still rather a pain in the butt, especially on MacOS.  Apple and Oracle probably share equal blame on that.

Second, the one time I needed support on a topic, I found the answer I needed.  With you game engines, this often isn’t the case, so, kudos there.  TheEngine.co seem to be pretty responsive to support questions.