This post is going to take a look at what’s included with the PS SDK, PlayStation Suite Studio and all the various included tools and tutorials.  So if you are wondering what is included in the PSSDK or have downloaded it and are trying to figure out what exactly you’ve got, this post is for you!  It assumes you’ve installed to default directories, so if you haven’t you have to adjust all locations accordingly. 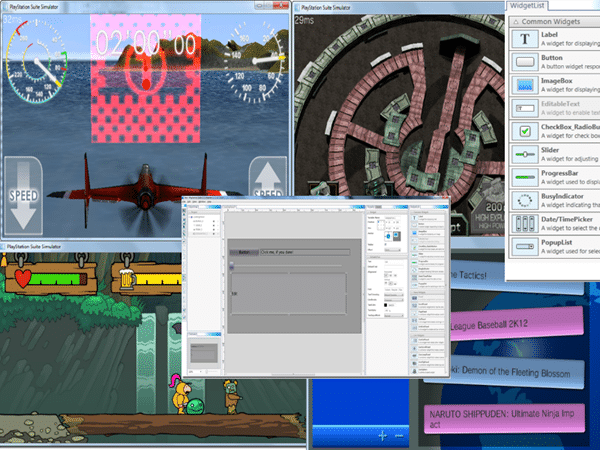 The next important folder is C:Program Files (x86)SCEPss, assuming you are running a 64 bit Windows ( drop the (X86) if not ).  The mono and software directories can be pretty much ignored.  Within the “targetwin32” is pss.exe, which is the PlayStation Suite simulator which of course can be launched from Studio.  The source directory contains 4 helper libraries with full source code, GameEngine2D, Model, Physics2D and UI.  Most are documented in the main documentation already, so I won’t go into further details on these.

Perhaps most important is the tools sub-directory and the key files being:

AnimationConverter This command line application is used to convert animations authored in Adobe Flash into a PS Suite compatible format.

OscCustomizeTool This tool is used to create onscreen joystick controls for Android ( but not the simulator or Vita ).  The output is a cfg file.

PssStudio This is where the Studio is located, which is a customized version of MonoDevelop and we will see it in more details later.

ModelConverter Is a command line utility to convert from dae, fbx, xsi and x formats to mdx format for use in PS Suite, I will cover this process in an upcoming tutorial.

Vita This folder contains the device driver needed for your computer to see your Vita.

UIComposer Used for making GUIs, will look at this in a bit more detail later

This is where the magic happens.  PlayStation Suite Studio is a modified version of MonoDevelop, which is a code editor, project manager and debugger all in one.  You create, debug and compile your code all from within Studio, which is capable of launching the Simulator or deploying and debugging on your actual device.  This is as screenshot Studio in action: 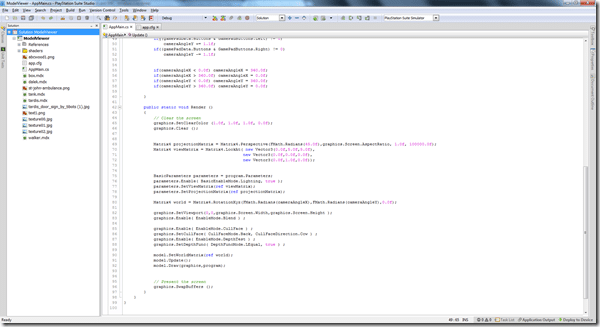 On the left is the project manager window, to the right is the tabbed area where you edit or debug your source code.  The windows change based on your current activity.  Perhaps the most important modifications to MonoDevelop, are the new PlayStation Studio specific projects.

Until the Visual Studio add-in is released, PlayStation Suite Studio is where you are going to spend the majority of your waking hours.  I will cover parts of it in more detail in later tutorials.

UI Composer is where you put together your User Interfaces, which are then saved in .uic XML format.  If you are familiar with building UIs in Visual Studio, Interface Builder, Qt Designer or various other similar UI generators, you will feel right at home here.  Here is a shot of UI Composer in action: 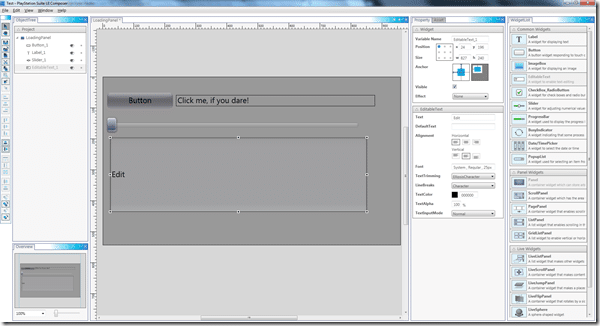 There’s a pretty good selection of widgets available, illustrated below: 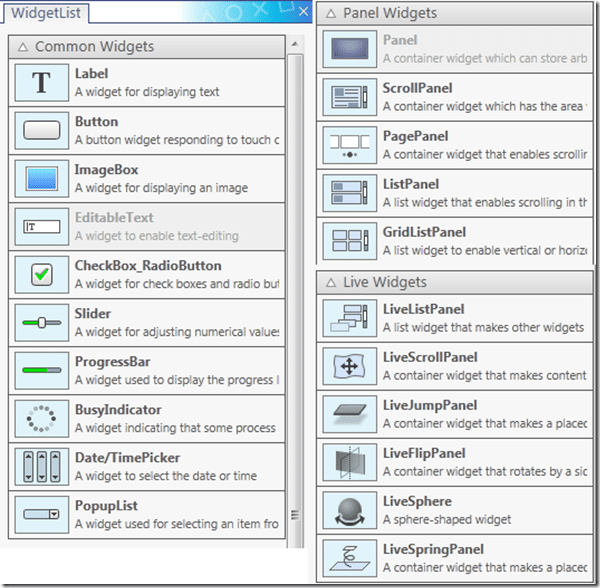 UI Composer can be used to generate Scenes, Panels, Dialogs and ListPanels.  Once you have drawn your UI, you then “Build” it, which then generates cs code to be included in your project.  The code generated uses partial classes, meaning you can add your code, but if you make changes, it will not overwrite them.

This is a neat tool for creating onscreen controls for Android tablets.  The end result is a cfg file that controls how the, um, controls will be created.  However it doesn’t work on Vita ( makes sense… ) and doesn’t work on the simulator ( doesn’t make sesne ), so I haven’t really got a chance to use it.  The UI seems quite evident though, you pick what capabilities to enable: 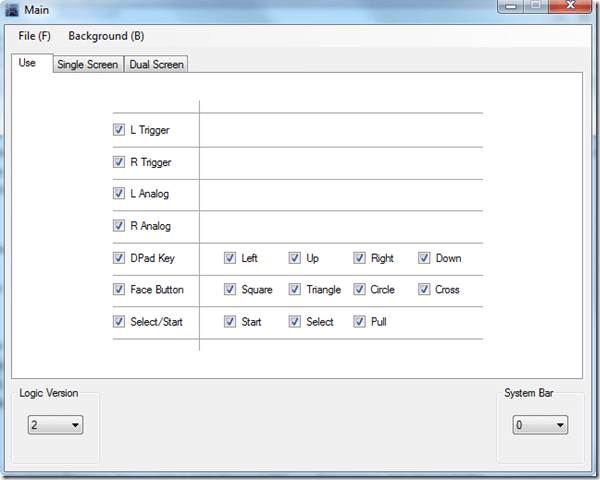 Then you select the layout and form factor you want to use: 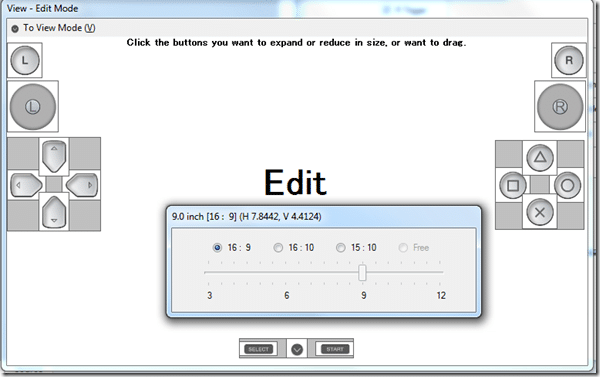 I look forward to trying this out a bit more, so hopefully they will add compatibility with the simulator, even if just single touch at first ( or better yet, give the ability to remote control using a device, or map to a keyboard ).

Ok, wow, this is the part Sony really got right.  There are full source code demos, many many many demos.

As to the demos, there are lots of little ones you would expect to demonstrate individual aspects, such as playing music, math usage, clipboard, storage, networking, physics, input, UI, model loading, imaging, etc.  Then some are extremely impressive and detailed, like the following: 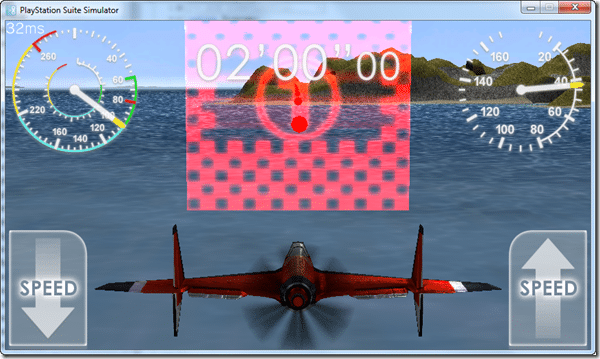 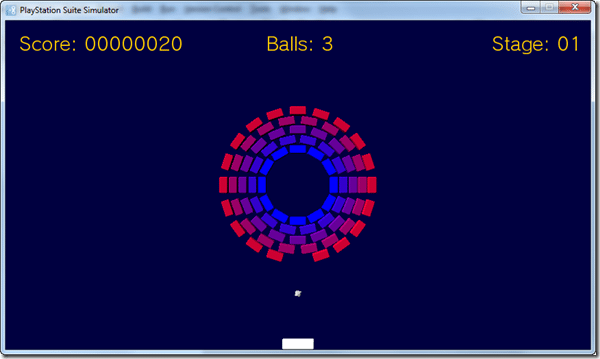 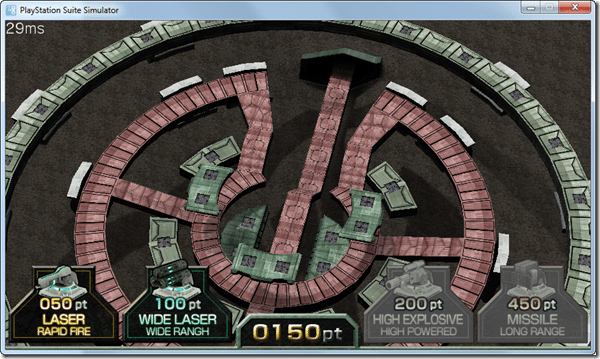 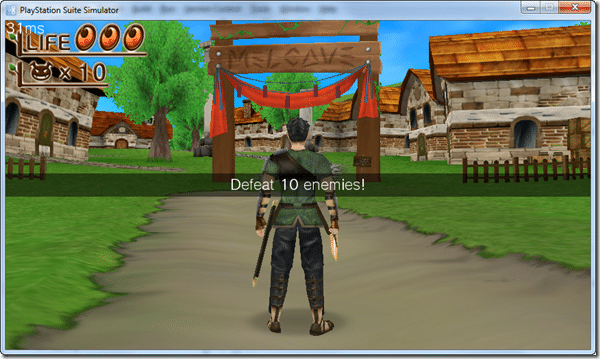 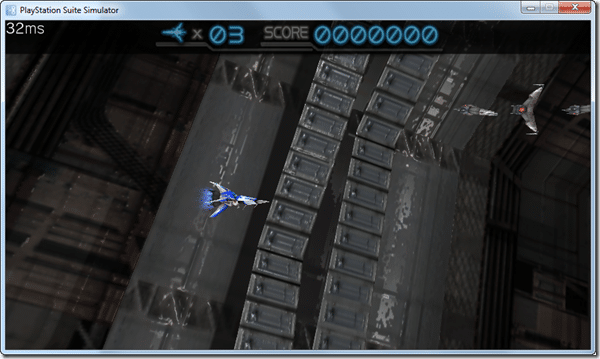 A 2D Side Scroller: 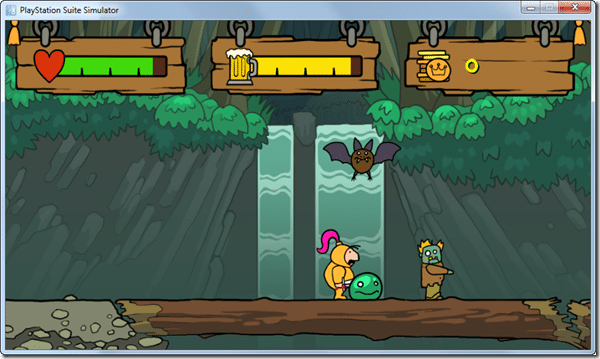 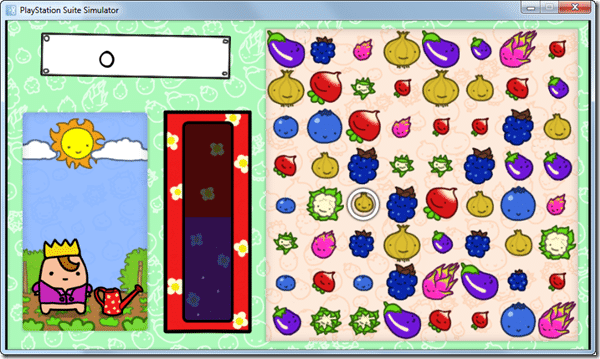 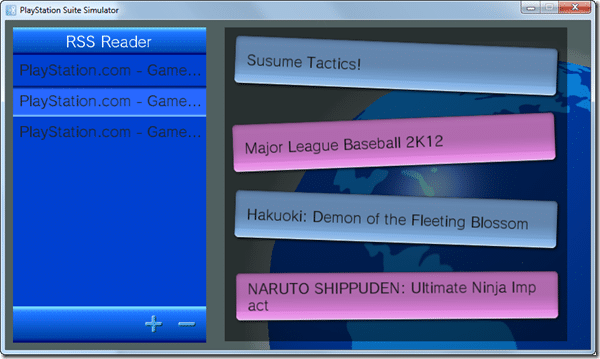 And many more.  Seriously Sony, bang up job on the samples!  This is where you will spend a lot of your time, reading through the source examples, which I need to warn are often documented in Japanese, as are some of the tooltips.

So that’s the tools and demos included, what about the actual code libraries themselves?  Well, PlayStation Suite SDK is based on Mono, so you get most of the libraries you would expect from it, which means most of the .NET runtime which is pretty comprehensive.

Additionally, as I mentioned earlier, they provided full sample projects, including a 2D Game Engine and a physics implementation.  On top, here is the class hierarchy of the current SDK:

Over all, I am extremely impressed with what is included.  I wish Visual Studio support was ready, but PlayStation Studio (MonoDevelop) is pretty impressive if a bit sloppy at times.  You basically have everything you need to get started, it’s just a matter of finding it.

In a nutshell, that’s what you get when you install PlayStation Suite SDK. If you are just starting out, I highly recommend you jump into the CHM help file, or more importantly, start running through the samples.  There is a ton of great content in there and they have been my main source of information so far, as the documentation can be a bit… lacking at times.