One of the very first things you need to decide when creating a game is what your target hardware is going to be.  This affects so many things, from the engines available to you, how many polygons you can use to create your models, how large your textures can be, etc…  In many cases, like with the Unity Engine, they take care of scaling across platforms to a certain degree but you still need to be frugal when resources are tight.

This then is a general summary of the “power” available to various different platforms and devices you may choose to develop for.

First off, is the land of the PC, which was probably always the hardest to determine as there is such a wide gamut of machines out there, from people running multiple GPU Alienware machines to the Walmart special your mom plays Farmville on.  That said, there is now an extremely wonderful resource for figuring out what the “average” machine is, thanks to Steam.  Steam runs a constant survey through their client and make the results available to everyone.This shows the most popular configurations, OS, GPU, RAM, software, etc…  A virtual goldmine of information for those intending to target the PC.  Nicely, they have recently started releasing Mac statistics as well.  One thing to keep in mind though, Steam skews more heavily towards “hardcore” gamers, as you obviously need to have installed a Steam powered game to be included in the survey.  Therefore the computers that have never seen anything outside of Facebook aren’t being represented.

As of right now, the average machine as reported by Steam is:

Frankly I am actually rather shocked by a few of those stats, including the fact Win7 64 is 37% of the install base!  The very key thing to note there though is the average video card.  The GeForce 9800 was released in 2008 and is a DX10 compatible card.  Key features as given by nVidia:

So there you go, if you are targeting the PC with your game, the above is the current markets “average” machine.

The end results of the above stats are actually being dragged down quite a bit by the Mac.  If you look at the Mac market only, your average target becomes quite a bit weaker.  The “average” Mac as reported by Steam is:

So, if you are going to target the Mac, be very aware the average machine has a much lower resolution screen ( Blame the MacBook! ) and a much worse video card.  9400 doesn’t sound that much worse than 9800 does it, how bad can it be?  Actually, honestly, quite bad.  The key is M, as in Mobile, which is a card optimized for battery life and heat more than speed.  A quick look at the specs on NVidia illustrate this clearly.  Fill rate is 3.6 (billion/s), almost 1/10th the speed of the 9800.  So, keep in mind if you are targeting the Mac, if you want maximum compatibility, you need to set the graphical target quite a bit lower than If you are targeting the PC.

Now we move on to devices, where it gets quite a bit more difficult to come up with an average, as there are so many different devices out there.  As of right now, there are only two and a half viable targets, iOS ( iPhone/iPad/iPod ), Android and Windows Phone 7.  I list Windows Phone 7 as a half because their market share is currently quite appalling, worse than I would have expected at this point.  That said, they are about to become the exclusive OS of Nokia, which should change their market share drastically.   Android has significant market penetration, but to be honest the state of their app market, especially for games, has been absolutely horrid.  Since I purchased my first Android phone well over a year ago, the same game has been at the top of the charts, that’s pretty sad.  On the upside, with so many phones and such a crappy selection of games, the market is wide open for a good game to excel. When Game Dev Story was released to the Android market, it instantly jumped to the front of the charts, so if you make a great game, sales are possible.  I have to warn you though, if you haven’t played GDS and you wan’t to get your own actual game completed, DON’T!  I lost a few days of my life when that game came out!

Anyways, now on to the actual phones. 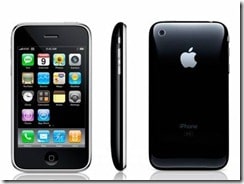 This is pretty much the 800lb gorilla in the mobile phone space.  Easily the best selling and thus most common phone out there worth making games for.  Now for the specs:

The phone supports multitouch ( registers multiple screen presses at the same time ), a camera, light sensor, 3 axis accelerometer and a proximity sensor mostly for detecting if the phone is pressed to your ear or not.  In practical terms, you have touch and tilt to work with for inputs.  Other than the main button, volume, orientation lock ( now mute for some unknowable reason ) and the power button, there are no physical buttons available to you as a developer.

Of key importance is the GPU, the PowerVR MBX Lite which according to the all knowing brainthat is Wikipedia, it is capable of 3.4 million triangles per second and 270 million pixels per second.  Now keep in mind, these numbers are theoretical maxes, reality will be much different.  Even working with maximum values, the restraints start to become clear.  At 30 Frames Per Second, that means a maximum of 113K polygons per frame.  Now lets keep in mind, there is no way in hell you are going to come even close to that number, especially once you start adding textures.  I have heard 7,000 polygons is a pretty reasonable number to use as a target.  That’s 7000 polygons to represent everything visible on your screen, your player, your world, enemies, GUI, etc.  It sounds tight, and compare to the PC it is, but at the same time, the Nintendo DS is around 2K, so if you look at it that way, its absolutely massive!

This was mostly just a spec bump release and probably didn’t sell enough to target at the exclusive of the 3G install base. The new specs:

In addition to the spec bump, the screen is now finger print resistant and the camera is quite a bit improved.  The most important details from a game development perspective are obviously the increased RAM and the improved GPU capable of a theoretical 14M polygons/sec an improvement of 4X that of the 3G.  Again sadly, this power is probably going to be of limited use to you simply by the economics of the massive 3G install base.

Next up, we have the iPad.  In essence it’s a really big iPod until you look at the guts.  Speaking of which, here they are:

So, that’s it.  On top of the functionality and buttons of the iPhone, it also added in magnetometer ( compass ) but otherwise the form factor and controls are pretty much identical, well except the whole being 2.5x bigger and heavier that is.  The most interesting change is the move to the A4 processor, which is an Apple designed and Samsung manufactured system on a chip.  In a nutshell, it is an ARM 1 GHZ Cortex-8 CPU coupled with a PowerVR SGX535 GPU.  So, pretty much this means the iPad is for all intents and purposes the same speed as the iPhone 3GS from a graphics perspective, and almost twice as fast from a CPU clock speed perspective.  The biggest difference between the 3GS and iPad from a developers perspective is the amount of screen real estate available. 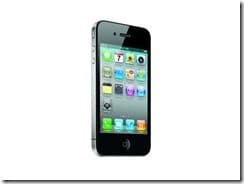 That brings us to the present, as of time of this writing, the iPhone 4.  Basically the iPad in phone/ipod format:

In addition, a 5 MP camera and a .3MP front facing camera were added to the iPhone4.  Again, the GPU is identical to that of the 3GS and the iPad, while the CPU is right in the middle clock-speed wise.

So, as a developer, you can essentially look at the iPhone 3GS, iPhone4 and iPad as more or less comprable devices, with the exception of slightly faster CPU speeds and substantially different resolutions and screen sizes.  All of which are capable of around 14M raw triangles per second as a theoretical max, while reality seems to suggest a polygon budget around 30K textured polygons per frame as realistic.  Will post some real world tests later on to confirm reality. 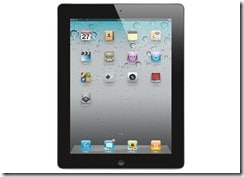 Now the newest kid on the Apple block, the iPad 2.  Basically a beefed up, scaled down, make me look at my existing iPad 1 in disgust version of the iPad.  Stats:

So, take an iPad, make the form factor better, round off the annoying edges, smack on a camera at the front and back and you have an iPad 2.  Well… that and speed up the GPU by an order of magnitude and double the number of CPU cores!  This thing is a beast compared to the iPad/iPhone 4, scary the differences spec wise.  Theoretical max of 64M polygons/second, puts it at about 4 times faster than the GPU in the original, to say nothing of the fact you now have two cores.  In reality, you are probably looking at a polygon budget around over 100K per frame.

So, right after the iPhone4, iPad and 3GS started to look like a great common baseline to target, the iPad2 comes along and throws a hell of a monkey wrench in the mix.  Hands down, as a gaming device, the iPad 2 is in a different league than all earlier devices.  You can choose to support all of them, but I am already seeing a number of complaints in the app store from iPad users where an app is made for iPad2.  Its interesting to watch reviews, where half are glowing 5 star reviews (iPad 2 owners) and the rest are 1 star complaints ( iPad 1 owners ).  If you really are pushing the limits, you may want to target the iPad2 exclusively.  That said, doing so shrinks your target market by a huge volume.

Phew…. that’s it for PCs, Macs and Apple portables… now on to the wonderful world of Android.

Other Android Devices of Note

As you can see, there are a great many phones, but in the end the hardware is pretty standardized.  If you are creating a phone of any technical complexity you can probably forget the first generation of Android phones like the G1, frankly they are pretty terrible.

Of the installed phones, most of the phones shipped in 2009 and much of 2010 have a 600Mhz to 1 Ghz, with 256-512MB of RAM.  OMAP, Snapdragon and Hummingbird are easily the most common CPUs.  Of the install base, the majority of phones in peoples hands these days fall into this group.

As to phones being sold these days, 512MB of RAM and the 1Ghz CPU’s seem to be the norm, with dual core Tegra’s being more and more common on high end phones and in the tablet space.

Now time to dive into each chipset with a bit more detail.

Lets start with the monster in the group, the newish NVidia Tegra 2.  It is a dual core ARM Cortex-A9 running at 1 Ghz.  Integrated is a NVidia ULV GPU with 4 pixel shader and 4 vertex shader cores  ( by comparison, a Radeon 9800 had 4 vertex cores ) running at 330mhz. 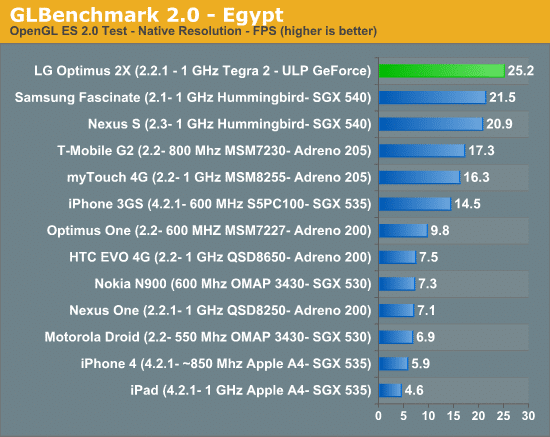 When it comes to raw rendering, the Tegra2 is really top of the class.  I do find the iPhone4’s performance extremely confusing however.  That the 3GS is almost 3x superior to the iPhone and iPad seems extremely wrong.

As you can see though, in the Android world, most Android phones regardless to chipset, preform fairly consistently by generation.

In the end, I am targeting the iPad/iPhone/3GS/mid-upper range Android phones with my game.  Why?  Because they are capable enough, sold well enough and frankly… those are the phones/devices I own!