Moai is one of those projects that has been drawing my interest for a very long time.  If you have never heard of it, Moai is an open source,

cross-platform game engine written in C++ but scripted using LUA.  The most obvious comparison that comes to mind is to think of Moai as a free open-sourced Corona but that wouldn’t be completely accurate, for a couple of reasons.

First, well, it is hard to ignore the open source aspect.  With Corona, if you don’t like what you see, tough.  Hopefully they will support what you want in a future release, but if they don’t you are pretty much SOL.  This is certainly a big deal to larger development houses with C++ resources in house.  It is also appealing to me, as if I can’t understand something from the documentation, I can jump into the source code…  speaking of which, that leads to the second point.

Compared to Corona, documentation is sparse to completely non-existent.  Worse still, the community is quite small and there is very little in the way of supporting documentation.  There are a few entry level samples, the documentation on this page and the class reference.  There are no books, few tutorial sites, etc…  Contrasted again against Corona there is this book, plus this and this.  As a technical writer though, this appeals to me.  The less resources that exist on the subject, the more likely people will find what I write!

Another big point is the target audience.  MAOI is written for experienced game developers and targeted at the same demographic.  There is no friendly installer, just a zip to extract.  You have to create a native host for each platform your game is going to run on ( although templates are provided ), and what might take one line in Corona might take ten in Moai.  Why is this?  Moai doesn’t really make decisions for you which is a double edges sword.  On the one hand, it is much more flexible ( infinitely if you include the fact it is open source ) than Corona, on the other hand, it is much more difficult.  To put things in the simplest terms possible, if you have no prior game programming experience and want to make an iPhone game, Moai is probably not right for you.  Don’t get me wrong, I am not implying you can’t make a good game with Moai if you aren’t a pro, much as I am not suggesting you can’t make a professional game with Corona, you obviously can.  Simply put, each SDK targets a different user-base, and Moai targets the group that want to get their hands dirty.  Me, I like to get my hands dirty.

Another big selling point for Moai is the names that have thrown their weight behind it.  It’s rather a whose who of role models. First 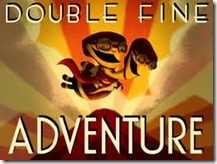 off, is Tim Schafer of Double-Fine Games. Tim’s prior games is a collection of awesome; Psychonauts, Day of the Tentacle, Monkey Island, Full Throttle and even the recent Costume Quest ( which if you haven’t played it, you are missing out ).  Other than making Kickstarter famous, Double Fine’s incredibly well funded upcoming adventure game is being powered by Moai.

Let’s just say, his is a voice that carries a lot of weight.  As does another one, who also reaped the 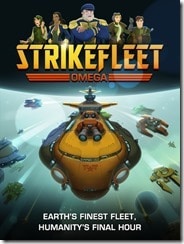 benefits of KickStarter. That would be Harebrained Schemes.  It is possible you’ve never heard of them, as they have only released one game so far, Strikefleet Omega, a very cool RTS for iOS and Android, written of course in Moai.  The fact it is one of the more technically competent games I have played yet on Android speaks well of Moai’s capabilities.  What probably has me most excited though, is the upcoming Shadowrun Returns.  Shadowrun on the Sega Genesis is easily in my top 10 favorite games, perhaps my top 5, so this is a game I am dying to see.  More to the point, it’s the founder of Harebrained Games that really got my attention.  It’s none other than Jordan Weisman.  If there is a template for a successful game designer, this is him.  His past credits include Shadowrun, Battletech, MageKnight, Crimson Skies, Earthdawn and more.

So, Moai has quality published games under it’s belt, the support of heavy weights working on two games I am incredibly interested in ( in a time I am not interested in too many games! ), using a technology ( LUA ), that I have been interested in learning for a very long time ( … like, a decade ).  More so, it is young and growing.

I think it is pretty much a forgone conclusion I *AM* going to be playing with Moai, maybe even working on publishing a game with it, if my schedule allows.  What I want to gauge is, how many you you are interested in Moai?  If I do a series of tutorials, or probably more accurately at first while I am figuring it out, a diary of my progress/experiences, would you be interested?  For now, Moai and LUA will each get their own tag on this site and I will see where it goes from there.