A month ago I started looking for a Mac based alternative to the excellent Windows Live Writer and thought I may have found one in the form of MarsEdit. It came with a 30 day trial and my final verdict was a bit mixed.  It was a very pleasant writing experience, if that makes any sense.  It was like when you write with a quality pen, the actual experience itself is just better.  On the other hand, some things were a bit unwieldy too.  The picture formatting tools are primitive to nonexistent, it’s hard to format source code ( something of key importance to me ), it didn’t do site preview all that well 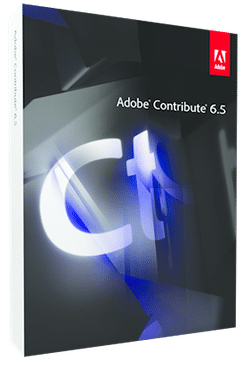 ( although frankly, neither did Live Writer, at least with my site ) and it didn’t support tags.  None of those is a deal breaker, but all of them make the experience slightly worse than Live Writer, to the point when I needed to do code related blogs, I rebooted in to Windows to use Live Writer.  It’s a great little product, but the limitations make me a bit hesitant to pull the trigger.  If it had good source code pasting options and better image formatting, I would have purchased already.

At the end of the day, I was resigning myself to having to work in Windows only, which is certainly unfortunate.  There are a couple open source cross-platform options, but they all seem pretty much terrible.  There are a couple other commercial options such as Blogo and Ecto, but let’s just say their online presence just doesn’t fill me with a ton of optimism. So I figured it was either MarsEdit ( which I may still buy ) or reboot to use Windows Live Writer ( not a great option ).  Then I discovered Adobe Contribute, which apparently started life as Macromedia Contribute.

First things first, Contribute is expensive compared to the other two products.  MarsEdit is 40$ ( plus they charge for updates ), Windows Live Writer is free, which is hard to compete with.  Adobe Contribute on the other hand is 100$.  That said, I have no qualms about paying for software, it’s what I do for a living after all, and I spend so much time in my blog editor, that I will gladly pay that price if the experience is an improvement.  Now, I just need to decide if Contribute is an improvement!  Fortunately, like MarsEdit, it comes with a 30 day trial.

One immediately appealing feature of Contribute is that it is available cross-platform.  I need to confirm that if I buy a seat I can use it under either operating system ( I am not buying it twice! ), but if I can, have a familiar editing environment on either platform is a big plus to me.  The rest of this post is a bit of a playground for testing Contibute out.  First of all, Contribute certainly has more imaging options than MarsEdit.  Actually it may have more options than Windows Live Writer!  At the same time though, I’ve run in to a couple of limitations.  For some reason, and this is a shame as it is a feature I use all the time, but I can’t copy and paste images for some reason.  I pulled the above image in to Preview and resized it, did a select all and… nothing.  The entire Edit->Paste menu in Contribute just stayed disabled.  Need to see if this is a bug or not.

That said, I didn’t actually have to pull the image in to Preview in the first place, you can actually in place resize and crop images in Contribute.  You can also rotate, sharpen, adjust contrast and brightness, or send it to an external program for editing.  Unlike MarsEdit, you can also apply image padding, borders and edge colours, although unlike Live Writer, you cannot set padding on a side by side basis.  In the end, I would say the image handling is better than MarsEdit, and on par with Live Writer, if I can get paste working that is.

I am running in to some other problems in addition to the inability to paste images, I can’t choose categories.  According to my blog settings it is allowed, but the Categories menu is disabled, and refreshing categories results in the Window:

Which by the way, not being able to copy paste the above was really disruptive, requiring me to capture it, convert it to png, import it.  Blah. On an unrelated note, why the heck does grab save things to tiff format?  Tiff? Is this 1992?

One other thing I have noticed is, I cannot drop directly to the HTML level.  I may be missing how to do it, but I don’t see any menu option for editing as HTML or sending to an external editor.  This feature is handy when you run in to limitations of the blogging software and is something that MarsEdit does quite well, while Live Writer does it, but can be a bit destructive at times.  Contribute doesn’t seem to do it at all.  There is however the ability to enter an HTML snippet, which should accomplish the same thing, at least most of the time.  As mentioned above, Categories are supported ( as the are in MarsEdit and Live Writer ), but do not work with my blog.  Tags are also supported, unlike MarsEdit, but it doesn’t have the ability to download a list of tags to choose from.  Considering my blog treats HTML and Html as different tags, this missing feature is well, missed.

I have to say, table support is exceptional.  I never could get merged cells to work in Live Writer.  Tables are still a damned handy feature, so it’s nice to see how well they work.  I never really tested table functionality in MarsEdit… oops.

Now what about code… does it preserve formating… a straight paste from XCode:

// If the node visited contains a model, draw it

UGH, not be default anyways. There certainly doesn’t appear to be an option for pasting as RTF either. Let’s try pasting from Sublime Text Exported HTML:

Now the same HTML as a snippet:

Anyone know any other options I should look in to for Mac based blogging?  As of right now, it’s seeming like MarsEdit or bust.