Earlier this morning, this news article came across my desk and caught my interest for a number of reasons.  Basically as the title states, Appcelerator – the makers of the popular Titanium mobile development suite have funded a game development technology startup Lanica. 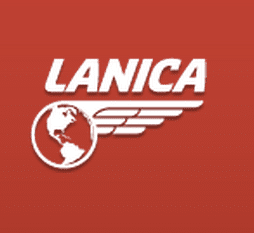 So, why should you care?

Well first off, Appcelerator Titianium is a very nice development environment.  For a few different reasons I chose not to develop with Titanium, the inability to debug on Android devices being the biggest hindrance ( and mostly Google’s fault for making such a terrible emulator ), however this fault may have been removed!  ( I will be looking into this very shortly ).

Next, while working in HTML5 on mobile is nice, the question still remains if it is feasible for high performance games.  PhoneGap brings HTML5 to mobile devices in native app form, but it doesn’t bring the performance.  There are a number of other technologies working on this problem, but one more is always a nice thing.

Finally Lanica does have some pedigree.  One of the two founders is Carlos Icaza, who among other things, was the founder and first CEO of Ansca mobile, the people that make the popular Lua based Corona SDK.  ( Recently featured in this comparison of Lua game engines ).

So, they have funding, they have experience and they are creating a game engine using a technology I am interested in.  You can certainly colour me intrigued.

A little bit ( so far as I can gather ) about the engine itself, Platino:

So if you like to work in JavaScript, want to create a game targeting iOS and Android but with native performance, Lanica/Platino/Titanium are certainly worth keeping an eye on!

As of right now, they appear to be in the pre-beta stage, although there is a sign up page here.  Hopefully I am able to get more access to Platino shortly, so I can bring you a bit more information. Neither pricing nor a release date have been announced yet.