Hot on the heals of the tier 2 source release, a new version of AppGameKit was just released, V2018.07.12.  This release contains many new fixes, as well as updated HTTP functionality, a bump to Google Play Services version and a change from Google Cloud Messaging to Firebase Cloud Messaging, due to the upcoming discontinuation.  If 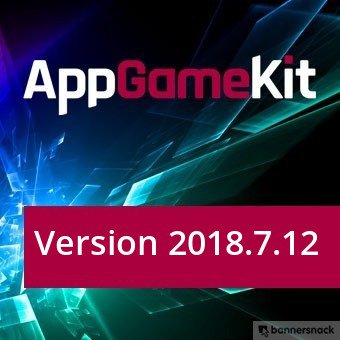 you are interested in learning more about AppGameKit, be sure to check out our review.

Details of this release:

If you are interested in learning more about the recent Tier 2 source code release, be sure to check out the video below.