The release candidate for the upcoming Blender 2.64 release was um, released today ( that’s a lot of releasing… ). 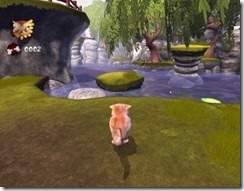 For game developers, there isn’t really a ton in this release targeting you, but then, we made out like bandits in the prior release so we can’t be greedy I suppose.

Of perhaps most interest to game developers, are the following features:

Bevel and inset now are modal operator with mouse control, a wire frame tool was added to turn edges into wireframe tubes, and vertex/edge/face sorting tools were improved.

Sculpting has received some major improvements such has masking to control which areas of the mesh are influenced by sculpting, new brush map modes to control how textures are projected onto the model, and an input stroke averaging option to make brush strokes smoother.

The Skin modifier takes a skeleton made up of vertices and edges as input and generates a polygon skin as output, consisting mostly of quads aligned along the edges. The output is mostly quads, although some triangles will appear around intersections.

Lamps and shadows were improved with support for variance shadow maps, shadow color, sun lamp shadows and lamp textures. Non-power of two textures and compressed textures will now load faster and use less memory. A new Character physics type was added, designed for player controlled characters for which a full dynamics simulation would give unwanted behavior.

and perhaps most important of all:

The Collada exporter has been improved for better support of export to game engines, with more fine grained options to control which data is exported.

In addition to the above changes, there were a number of changes to the camera tracking tool, the Cycles renderer, green screening tools and a number of smaller fixes and tweaks.