Today marks the release of Blender 2.7 and you can download it here.  Let’s take a look at what’s new, with an eye towards game development. 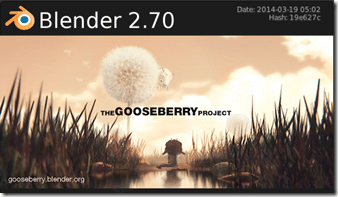 The first and most obvious thing you will notice is the changes to the user interface.

The number one thing you are going to notice is the toolbar tabs.  The Tools (T) pane is now organized in context sensitive tabs.  So like minded operations are grouped together, like so:

Personally I am a huge fan of this change, it makes the UI much more streamlined and cuts down on the noise.

There is another UI change that I personally love, as I love very sparse windows when possible.  You can now collapse menus down.  For example, you can now go from this:

There are several other UI refinements, but those are the most visible.

First they’ve added the wireframe modifier, which is useful in a very limited number of scenarios.  Basically it makes a (3D) wireframe out of the selected model.  So this: 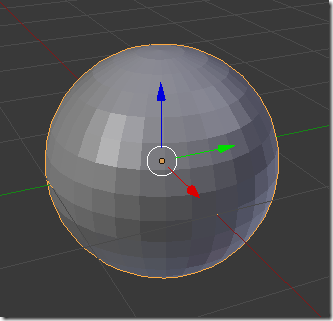 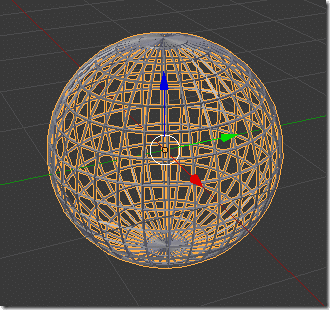 NGon tessellation has been improved. No more holes on bad geometry.

Now it does this: 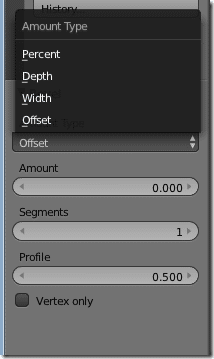 Laplacian modifier added.  To be honest, I don’t really get this one yet but it sounds pretty cool.

Of particular use for game exporting, the triangulate modifier has been improved with more fine control over how triangulation will occur: 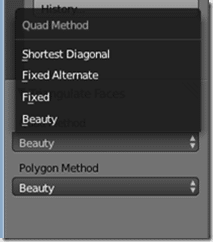 CPU support has been improved, shader language updated to increase performance and a host of other changes.

All told a very nice release, with some great first steps for an improved UI.