Ongoing documentation of creating a 3D mech asset.  Previously we ended with the torso and upper leg, like so: 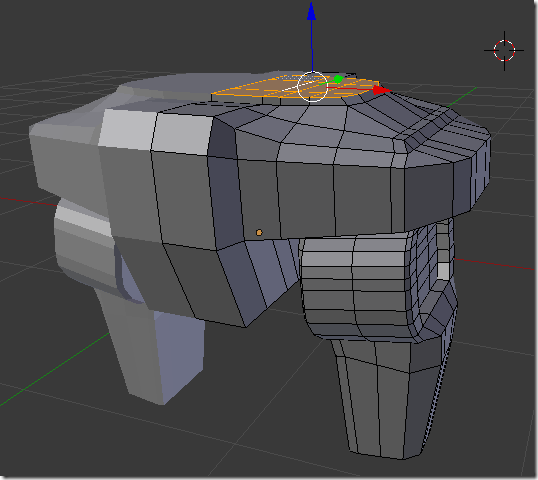 Since then, I’ve rotated the upper leg back, created a foot and lower leg: 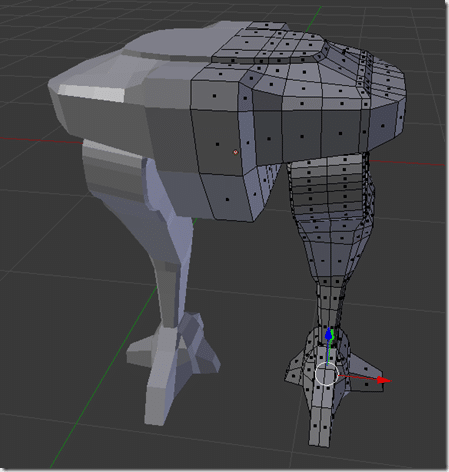 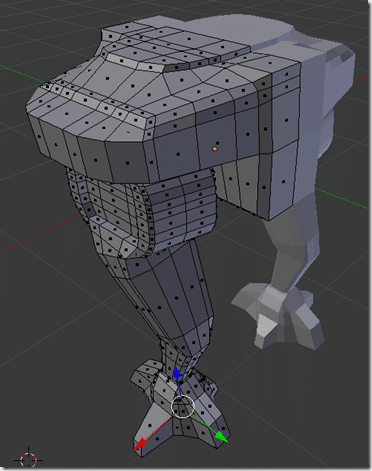 Current face count is at 527, but there is a hell of a lot of optimizing that could occur here.

There are a couple ugly areas too, that I intend to address later.  Not to much sense worrying about the ugly bits until you are cleaning things up.  One area of ugliness is the union between the foot and lower leg.  I modeled the foot first then extruded the leg up from it.  I then needed to connect it to the upper leg, which had a different number of edges.

I could have simply added an equal number of edge loops, but that seems like over kill, so instead I’ve created a problem to be solved later. 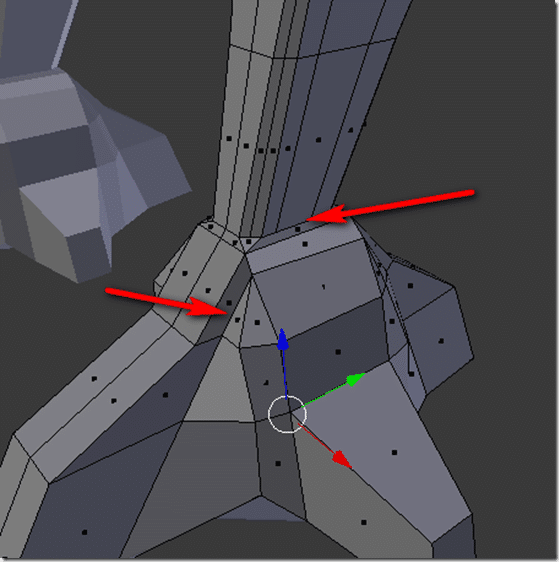 As you can see, I have about 5 faces blunting into a single face (top arrow ), as well as some triangle junction points.  Getting rid of the tri’s should be simple, but the lower leg presents a bit more of a challenge.  Reality is, I am using far more polygons than I really need to be, so I will probably solve things by reduction, not addition.