In addition to new features, there were two major announcements, a change to a single version and a change in pricing.  First details on the new single SKU approach:

With a single SKU, there is now also a single price tag, however there are now several subscription options, detailed here. 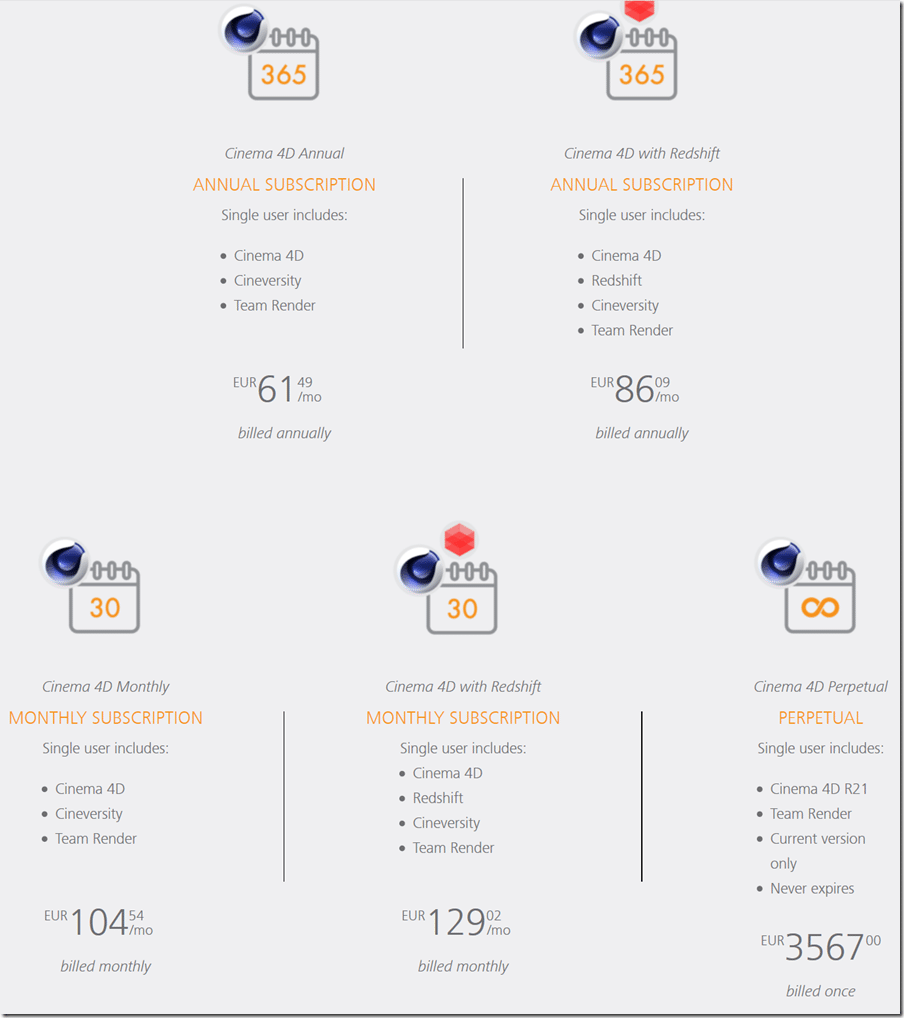 Essentially you can now pay for Cinema4D via subscription which are cheaper when paid on an annual basis.  Additionally you can continue to purchase Cinema4D with a perpetual licence, but unfortunately it is 3x more money that the most affordable version available currently.  Learn more in the video below.