Construct 2, a popular “code-less” HTML5 based game engine, just released the beta release r240.  As this is a beta release, you know the story… expect warts, don’t use for production, etc.  The biggest feature in this release is basic WebGL 2 support, which was just turned on by default in Google’s Chromium browser.  The release also saw new functionality in the form of new triggers and pointer events. 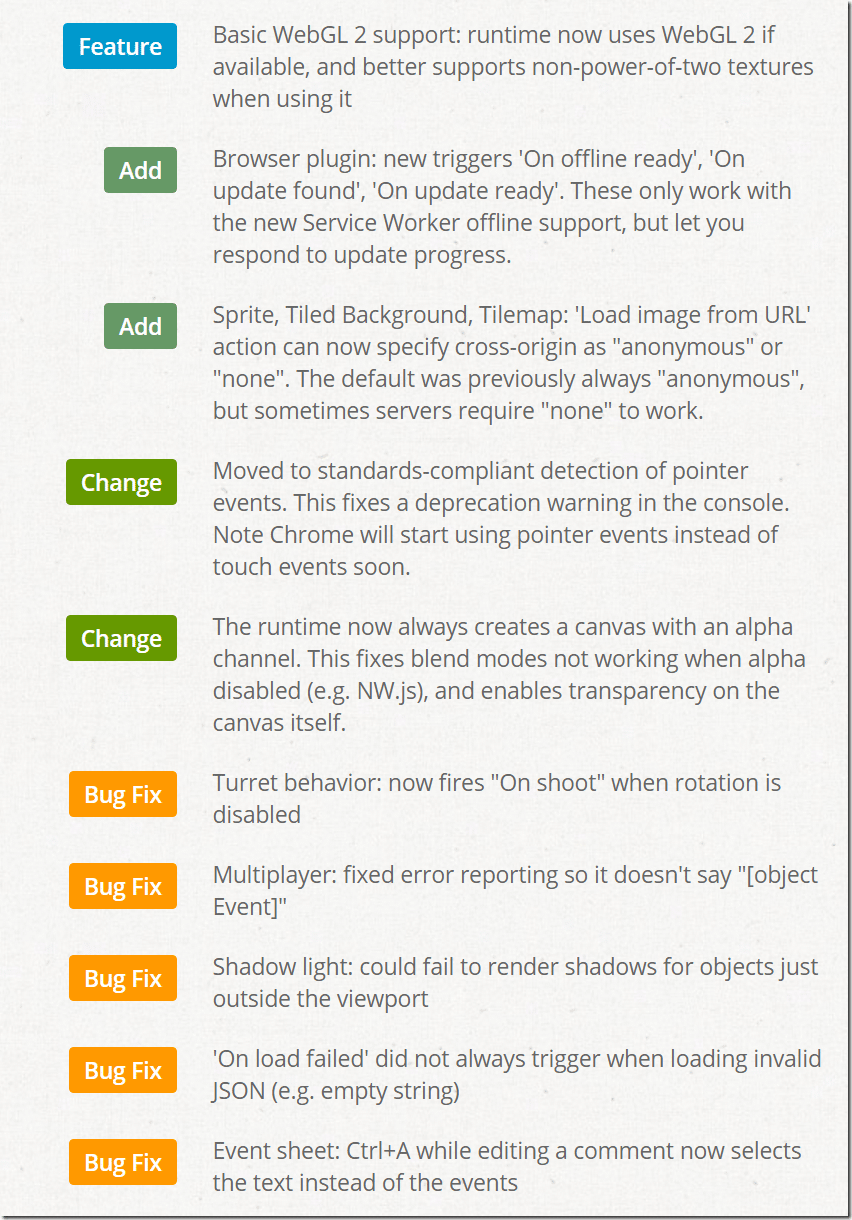