Construct is an HTML5 based game engine designed to create 2D games while requiring no coding.  They just released a new update, r228, which should be considered a beta. 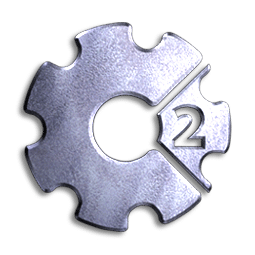 New features in this update include:

Add – Windows Store plugin: added “Set back button visible” action. This can show/hide a ‘Back’ button in the caption for desktop apps (the back button cannot be hidden on mobile). Pressing it triggers the Browser object’s ‘On back button’ like on mobile.

Add – AJAX plugin: ‘On any completed’, ‘On any error’ triggers; ‘Tag’ expression

Add – System ‘On save failed’ trigger. For example can be triggered if the user disables all local storage in their browser settings.

Change – Cordova iOS: in WKWebView mode, can still start up if the cordova-httpd server plugin is unavailable, but note it will probably be unable to play video (since the HTTP server is necessary to work around WKWebView limitations for video playback). This should improve robustness against different build systems that may not automatically use C2’s exported list of Cordova plugins.

Change – Restored audio encoders from r221 in the 32-bit build, since there seemed to be a problem with them in r227.

Bug Fix – Pathfinding behavior: could sometimes find paths across diagonals when it should not have been able to

Bug Fix – Sprite: animations did not always start playing if the initial animation was not the default

The release can be downloaded here.