I can always tell when Diablo 3 servers are being patched as I get an influx of visitors viewing this page.  I wrote that when I was experiencing crashes when they last patched the Diablo 3 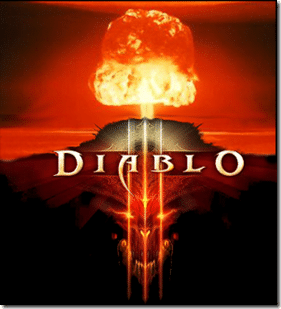 servers.  It would appear the server patch crashes are still occurring.

To people having this problem, this post is a much more concise description of the problems I had, and the fix.  So if you are unable to log in to Diablo after a server patch, or the patcher is giving you “Diablo III is already running” or “Diablo III has stopped working”, this might be the fix to your problem.

Basically what it boiled down to is the Blizzard installer gave me the en-GB ( Great Britain ) installer instead of the en-US one.  This is all fine and good, until Blizzard releases a patch.  The problem is, the US patch is released first, causing all the people connecting to the US servers with a non-US client to crash until the other servers are patched.

It may be possible to work around the problem by manually editing the patch_url in your agent.db file, I had some initial success this way.

However, the *best* solution, is to reinstall using the client native the server you are playing on.  Granted, this is a giant pain in the backside, especially if your internet connection has usage caps!

That said, the actual BEST solution, is for Blizzard to fix this problem, or failing that, roll out all the patches at once!

Hopefully this helped a few of you get over the Diablo 3 patching woes!  If nothing else, it allowed me to create that Diablo mushroom cloud graphic.

EDIT: For those that don’t want to re-install, you can try editing the patch_url manually.  Worst case scenario… you will have to re-install!

To do so, follow these instructions.  Of course, these instructions are for switching to the Asian server, so substitute en-US for American, and en-GB for European servers.  Also, be sure to note that there are multiple copies of the file you need to edit, not just one!