CryEngine 5.5 just got a step closer with today’s release of Preview 5.  Beyond bumps to a few SDK dependencies, 5.5 preview 5 is mostly composed of fixes.  New features include a new lens flare effect and a screen fader post effect. 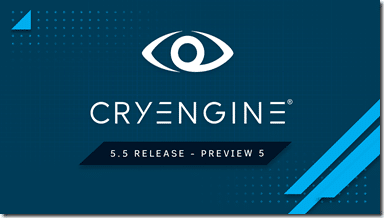 You can read more about the 5.5 Preview 5 release here.