Available on Github, Crytek have released a preview version of the upcoming CryEngine 5.4 game engine.  Obviously being a preview you should expect some bugs and glitches and should probably wait on the final release in a production environment.  The 5.4 release contains over 620 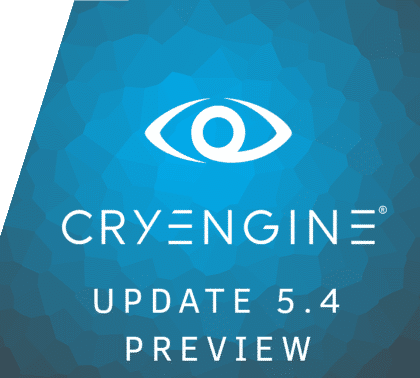 improvements including Substance material importing, Vulkan support, a new component system and more.  Not included in the preview release, but part of the 5.4 release is also the release of the editor source code.

Details from the release notes:

With over 623 improvements, fixes and features this release includes all new Vulkan API support, and although it’s our first step on the road you can expect further support on this soon. Also included is the Entity Component System with unified standard entities across C++ and Schematyc.

For Artists, we have a much requested Substance integration for the reading of material archives and manipulation of texture inputs with in-editor graphing. Additionally, we have expanded the feature set of the terrain system to allow for better blending of terrain and objects within your level.

Iterating on existing technology there is a second iteration of the Asset System which provides improvements and extended usage across tools, with thumbnail generation and all new dependency tracking. To get started, you can find the CRYENGINE 5.4 Preview on Github HERE!