Yesterday we reported the news that Unity was removing Enlighten from future version of the Unity game engine.  I mentioned multiple times in that story that the following statement made very little sense:

Due to Geomerics shutting down Enlighten as a product, Unity is required to remove Enlighten.

Geomerics hasn’t operated Enlighten since 2017 when it was sold to Silicon Studio.  Since posting that story, we received the following comment from a representative at Silicon Studio:

There was additionally the following conversation on the Unity blog post: 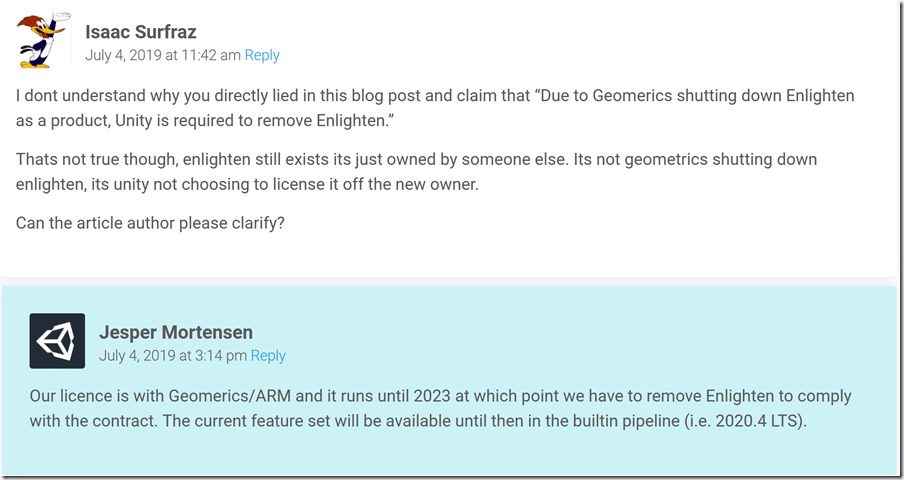 To clarify then, Enlighten as a product isn’t going away.  From my interpretation of events, it seems Unity’s license for Enlighten was expiring so they decided to develop an in-house replacement instead of renewing a license with Silicon Studio.  Simply stating that would have been a great deal less misleading than the approach they took,  an approach that could arguably harm the perceptions of Enlighten going forward. 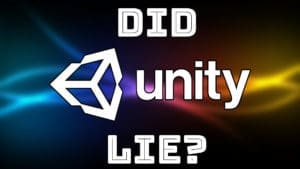