Over the weekend the hashtag #GameDevPaidMe was trending on Twitter, and it gave a seldom seen (and completely unvetted) look at the wages game developers make around the world.  Once such example tweet from @Squiddiez, currently working at Sucker Punch: 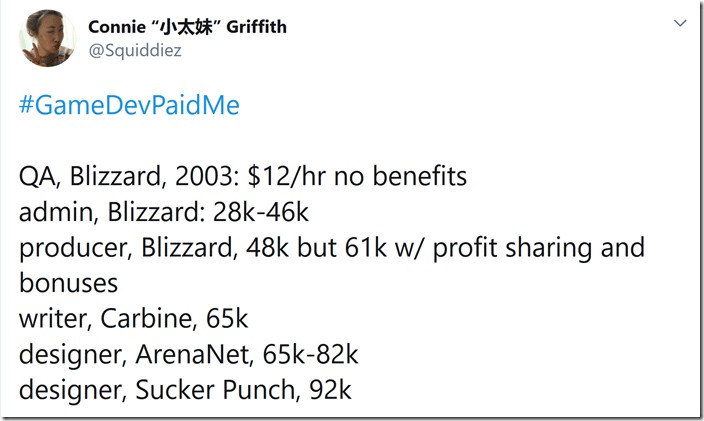 You can check the hashtag out on Twitter here.  It is also important to note that costs of living vary MASSIVELY from region to region, so what might seem like a King’s ransom to one person, may be barely a living wage in other areas around the world.  An important part is to keep in mind the amount of competition in the market, something GameDevMap is useful for, providing an interactive map showcasing the location of game development studios.  There are also handy maps for illustrating cost of living for various places around the globe, such as this one.  Another useful resource is this anonymous spreadsheet of North American game development salaries.  You can learn more in the video below.