Earlier this month Yoyo games announced a limited number of slots to their closed beta for the upcoming GameMaker 2 game engine.  I will admit that slots fill up almost immediately, as they did when they released the next batch of beta invites.  As of today they are offering another option for getting in on the beta.  If you pre-order GameMaker Studio 2 you get immediate access to the beta.

From the GameMaker blog:

Since revealing GameMaker Studio 2 and inviting users to take part in the Beta we’ve already seen loads of great feedback and contributions from enthusiastic developers. Time and time again developers who’ve had a taste of the Beta have approached us desperate to get their hands 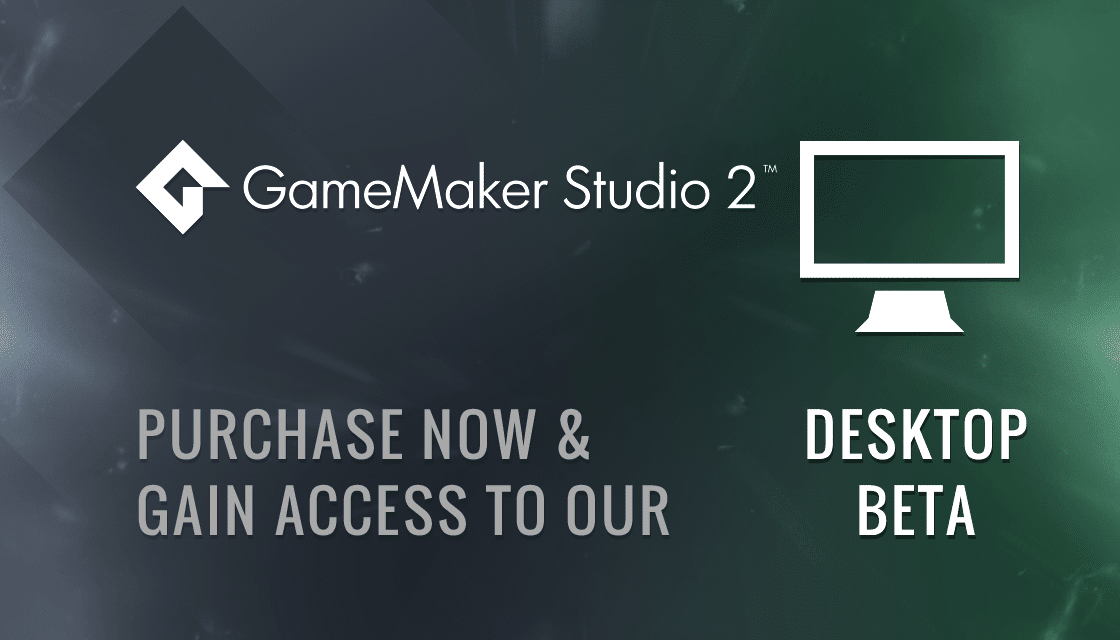 on a full desktop license so they can get started on their projects today.

We’ve heard the demand loud and clear, so we’ve decided to open the gates early and let you purchase a desktop license for GameMaker Studio 2 and get immediate access to the fully licensed, limit-free beta version as it exists right now, today. These are permanent, one time purchase licenses that give you access to the product in beta now, and also after release.

Are you an existing GameMaker customer, or perhaps recently purchased GameMaker as part of the HumbleBundle?  Don’t worry, there is a deal for you as well.

Owners of previous products can receive up to a 50% discount when upgrading to GameMaker Studio 2. See this page for more information.

From the limited reaction I’ve seen so far, initial response to GameMaker Studio 2 has been quite positive.