Been interested in checking out GameMaker Studio?  If so, now might be the perfect time.  They are currently running a Humble Bundle that represents a pretty massive amount of savings.  If you’ve never experienced them before, Humble Bundles help support charity, in this case Doctors without Borders, where you can choose how much you want to pay and how you want your funds directed (split between the Developers, Charity and Humble themselves).  By offering a bit more you can access higher level tiers which give even more rewards.

From a developer perspective, right now paying any amount gets you a license to GameMaker: Studio Pro and a half dozen GM authored titles, including two with full Source Code.  If you pay more than $6.82 (currently) you get a half dozen more games, 4 of which include source code, as well as the HTML5 publishing module.  If you pay $15 or more you also get the Android, iOS and Windows UWP publishing modules as well as 3 more games with source code.  For some perspective, here are the current prices on Steam: 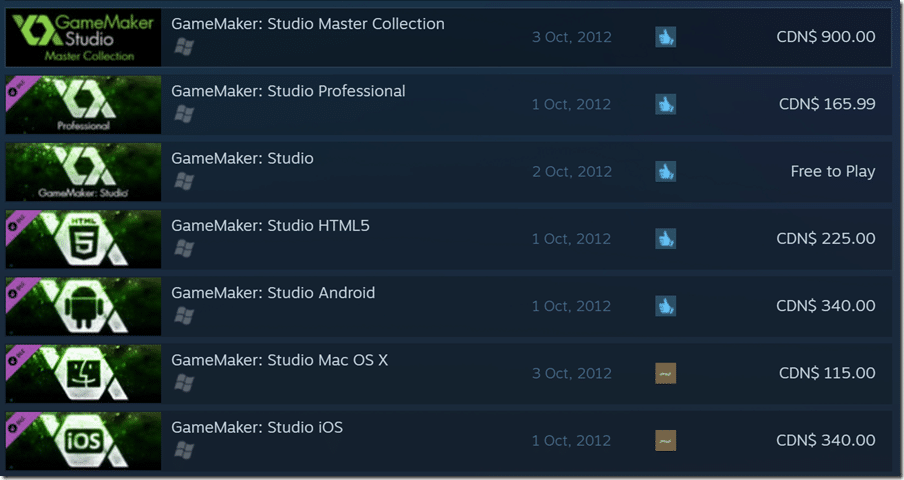 So yes, this represents a very significant amount of savings.  Other than featuring it in my Game Development guide for Parents I have done very little with GameMaker over the years.  It has however been used to make several successful titles, so it’s not a tool to be dismissed out of hand. 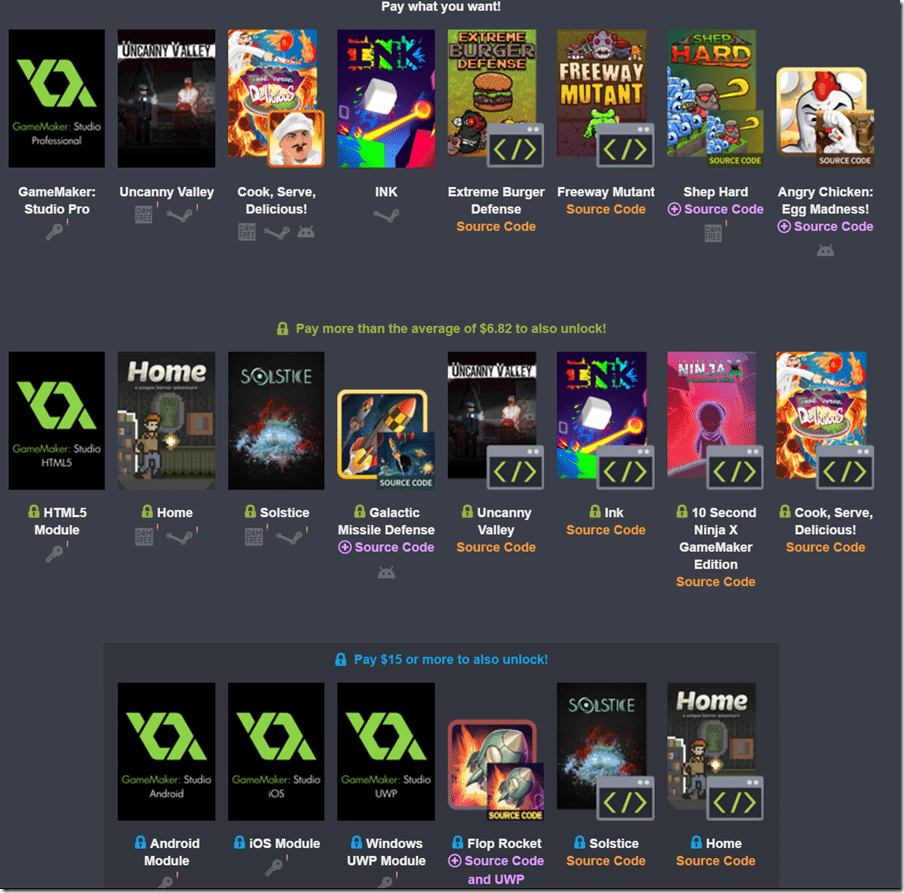 If you were, or expect you ever will be, interested in GameMaker, this is perhaps the single greatest opportunity you will have to get on board cheaply, while also helping a great charity.  The bundle is available for the next two weeks, having just started a few minutes ago, so you have some time to decide!