During GDC in early 2017, Github released a Unity extension enabling direct Git and Github functionality inside the Unity editor.  Today at Unity’s European developer conference, Github have now announced that this extension is open source.  The extension enables you to also use the Git LFS ( Large File System ) extension, enabling efficient handling of large files that are common in game development.

Perhaps the most important feature of this release is the ability to manage version control directly in the Unity editor ( as shown below ) enabling you to switch between branches, perform commits and push to Github without having to drop to the command line. 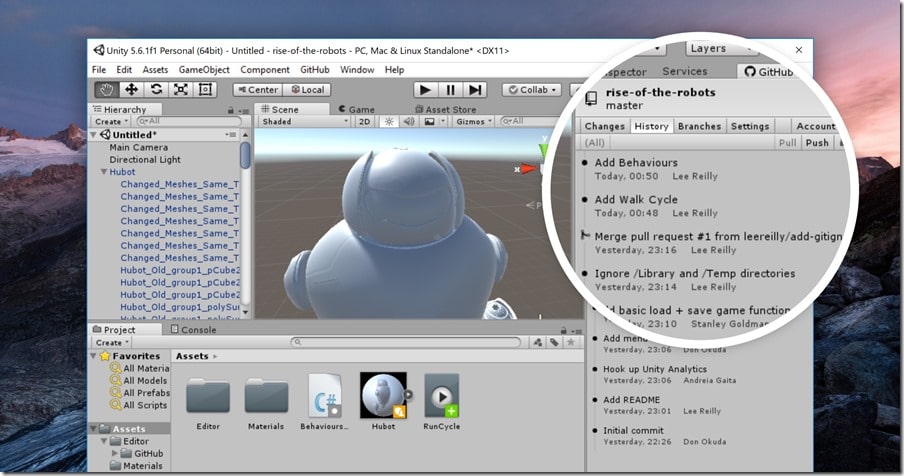 The extension is still under development and some known issues still exist, including:

You can read more about the release here  The extension is available on BitBucke…. er… wait no, that’s not right.  Oh yeah, the sources are available on Github here.