GitHub is perhaps the most popular source repository available today, while Unity is the most used game engine available today.  That said, neither ever worked particularly well with the other.  Today at GDC GitHub announced a new extension aimed at changing that.  The GitHub for Unity extension plugs directly into Unity and enables programmers and artists to work with Unity.

Details from the Github announcement:

Git helps millions of developers write and collaborate on code, but it’s not always a practical choice for building games. With the GitHub for Unity extension, Unity game developers (artists and programmers alike) can better integrate Git and GitHub into their workflow, even if they’re versioning large binary assets.

The GitHub for Unity extension integrates Git and GitHub directly into the Unity Editor. You can easily configure, collaborate, and manage your Git project in a dedicated window. The extension also includes Git LFS v2.0 support to store large binary assets and introduces file locking to help communicate with your team that you are working on difficult-to-merge files. 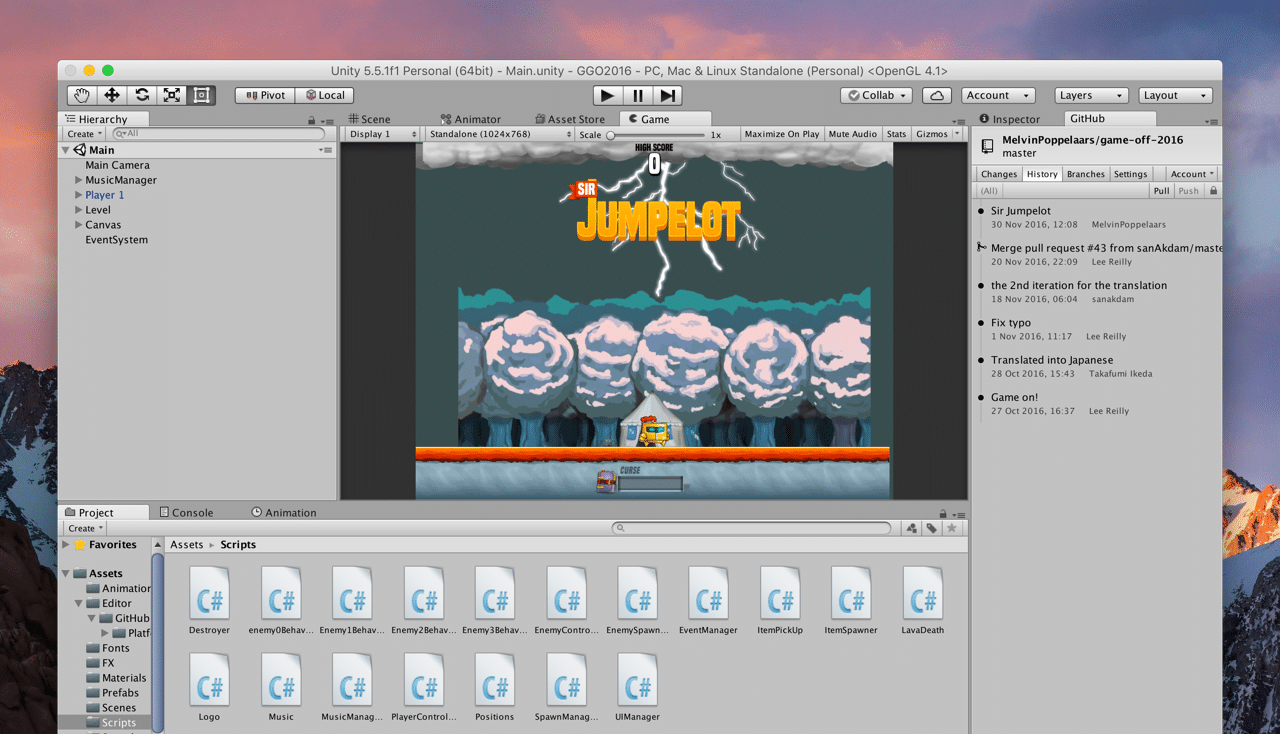 The GitHub for Unity extension is a first step towards unifying the GitHub and Unity workflows, and we’d love to hear your feedback to help guide us in the right direction. Watch for an alpha release over the next few weeks. We’ll be making the project open source and publishing the extension in the Unity asset store soon after.

Many thanks to Emil “AngryAnt” Johansen for all his help in getting this project up and running.

As you may have noticed from the last line, the release is a preview only at this point, so expect some bugs and warts for now.