Following on the heels of Alpha 2 released the end of October, we are one step closer to a full Godot 3.0 release with today’s release of Godot 3 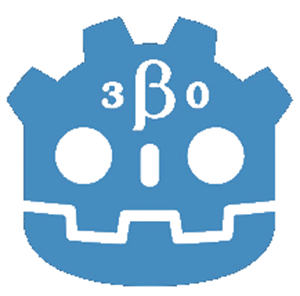 Beta 1.  The major difference between beta and the earlier alpha releases is beta is now feature complete.  No new functionality will be added between now and Godot 3.0, only bug fixes and refinements.  This is important to me as it means I can get to work on new tutorials and content targeting Godot!

Details of the release from the Godot blog:

Godot 3.0’s development officially entered the beta stage last week, which coincides for us with what we name the feature freeze: from now on, no new features will be merged in the master branch, as the focus will be fully on fixing existing issues to stabilize the current feature set. Don’t worry though, Godot 3.1 will arrive soon after the 3.0 release to bring all the nice features that contributors are already working on.

To get broader testing of the feature-frozen branch, we’re releasing an official build, Godot 3.0 beta 1, just one month after the previous alpha 2.

It notably includes Bullet as the new 3D physics engine, onion skinning, autotiling for 2D tilemaps, an enhanced debugger with remote SceneTree edit, and nice usability improvements such as code folding in the script editor, PascalCase builtins for C#, and many others.

But more importantly, it also brings tons of bug fixes compared to alpha 2, and we will continue to hunt down the remaining issues to guarantee a nice experience with Godot 3.0 stable. The documentation and translation have also been updated thanks to the work of our many contributors.

Downloads are not on the download page, instead available via the following links: