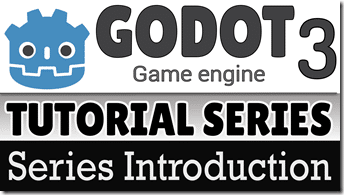 So anyways… I’m working on both a new tutorial series covering the recently released Godot 3.  If you followed my Godot 1/2 tutorial series you should have a good idea what to expect.  In this case the series is primarily video passed, but don’t worry if you prefer text I am publishing all code samples and assets here on GameFromScratch.  Additionally I am writing a book that parallels the videos published in the series.  While it is not available for purchase yet, I am making WIP chapters available to GFS Patreons as I finish them.

The series will expand to cover all aspects of Godot 3 development, including 3D, VR and Mobile development topics.  Expect a chapter on Godot 3 audio to be up shortly.

You can access the homepage to the tutorial series here which in addition to video links, also includes all of the code samples and assets used.  If you prefer to just watch the videos, you can find the YouTube playlist here.