Earlier today I somewhat belatedly mentioned the Godot 2.0.4 release.  In that post I mentioned the upcoming 2.1 release… well I should have waited a few hours, as Beta 2.1 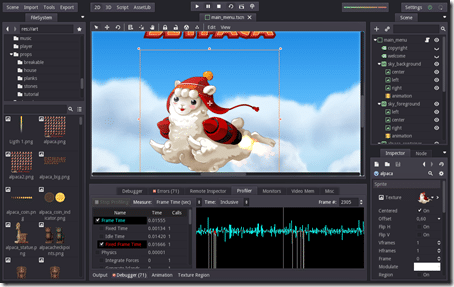 has just been released.  Keep in mind however, it is a Beta so buyer beware.  If you are working on a production project, you may be wise to wait for the full release.  The 2.1 release has been focused on improving usability.

The features of this release include:

You can download the release here, scroll down to locate the beta link.