As you may be able to tell from some of my recent posts I’ve been working more and more often on my iPad when it comes to creating pixel graphics.  When working on my PC or Mac I have my trusty Wacom Intuos tablet, but on iPad its obviously a much different beast.  First off, unlike say the Surface Pro, the iPad screen simply isn’t made for working with a tablet, so most of the tablets that are on the market are basically glorified fake fingers.  This however is slowly changing as we will see shortly.

When it comes to choosing an iPad stylus you are given an amazing variety of options, but actually remarkably little in terms of difference.  Essentially what I am saying is, although there are literally hundreds of stylus available, other than ascetics, they are basically 99% identical.  Let’s look at the various types available.

As I said earlier, most stylus on the market are basically just a fake fingertip on a stick.  When you go to your local Best Buy, 95% of tablets fit this description.  Here is my trusty virtual finger: 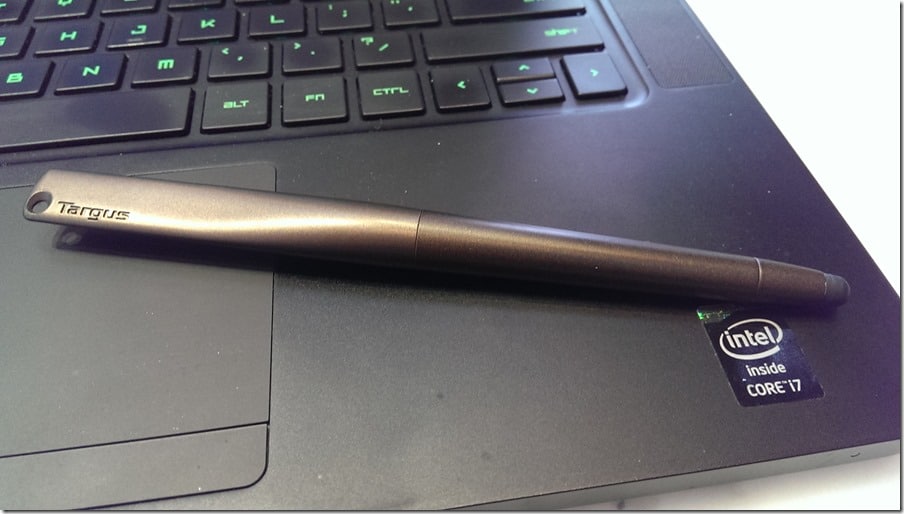 This is a generic Targus stylus, which can be had on Amazon for about $10.  I picked this one because I found it attractive and comfortable to hold.  If you are looking at a stylus and its $20 or under, all of the following probably applies to it.  They will do the deed, but your contact can be best described as… mushy.  Here is the stylus in action: 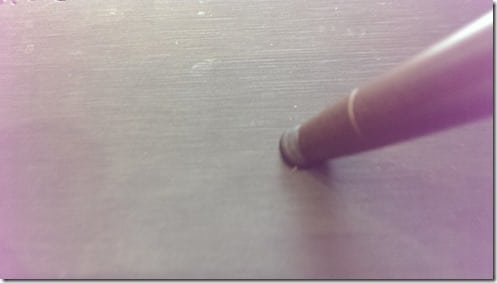 Let’s just say, high precision work isn’t going to be fun with these.  Basically its about the same as using your finger tip, just without the rest of your hand to get in the way.

Personally, I wanted a stylus with a bit more precision, which lead me…

When you want to do highly detailed and sharp lines, a standard stylus is not a great option.  The contact surface is simply too fat and you have to spend a lot of time extremely zoomed in to pull it off.  Fortunately there is an option and it works incredibly well. 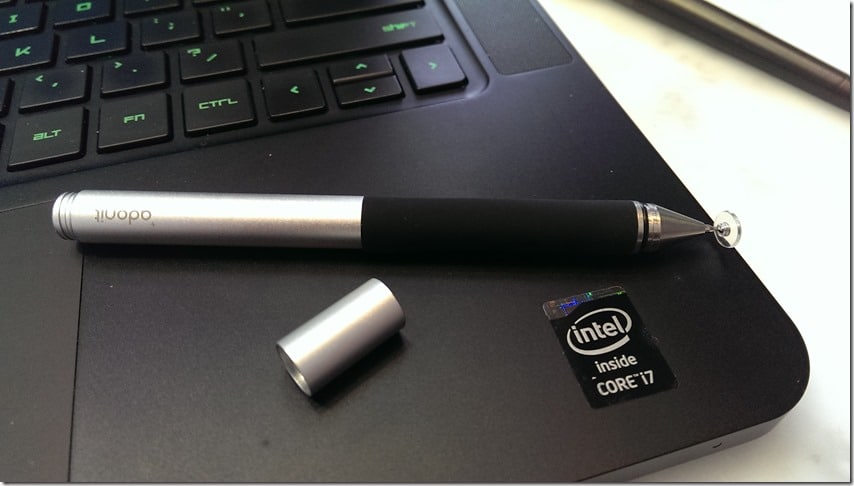 As you can see, the tip is actually a clear flat disk on a pivot.  As I said earlier, it’s fragile, so you really want to make sure you put the cap on it when not using it.  It’s also magnetized, so it can stick to the side of your device.  I personally find it annoying as hell because it means I have to pull all the change of it before I can use it, and I’m not exaggerating either, the magnet on this thing is stupidly strong…

Here is a typical scene when I remove it from my pocket: 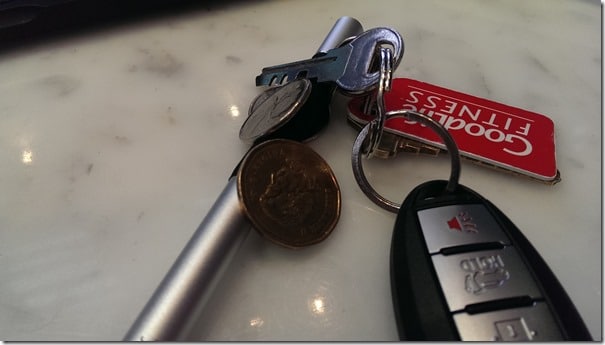 There is a nice rubberized grip, but the key feature is that tip, here it is in action: 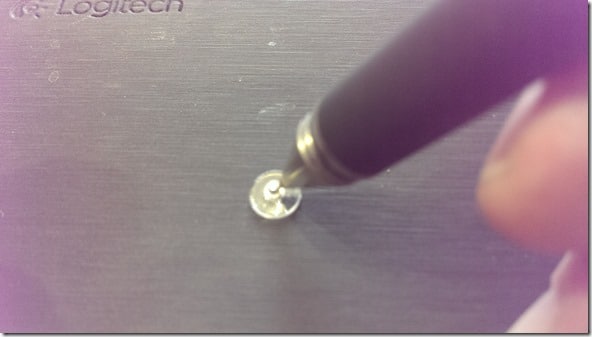 It really does enable you to create very highly precise lines and the friction between the tip and screen is somewhat similar to paper and pencil.  The palm detection will get infuriating though, although I have found a very simple work around Ill share later.  I also have found at certain angles it stops tracking occasionally.

For high precision drawing, this is hands down my favorite.  The difference between using one of these and a standard stylus is night and day.  However sometimes the LAST thing you want is to be super precise.  If for example you are painting, you’d rather have that painterly feel instead.  Well, there is a stylus for you too!

Next up is Nomad Paintbrush Stylus, which retails for about $40.  Here’s mine: 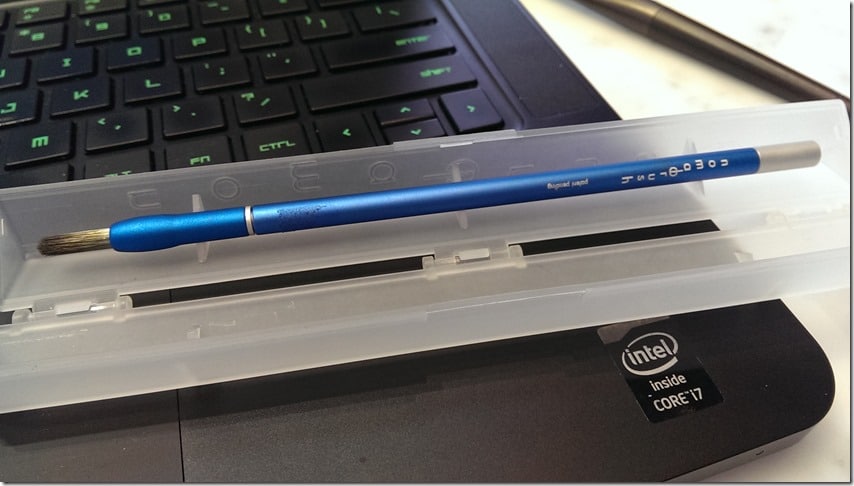 The key feature here is the paint brush style tip: 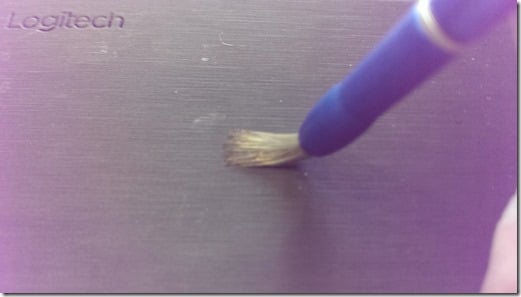 It really feels like a paint brush when you use it.  It’s an impressive trick they have pulled off and it allows you to achieve effects, like feathering and flicking, that you simply can’t with other stylus.  That said, this is useful for painting and that is absolutely it.  Precision is almost impossible ( that’s kinda the point ), and even selecting buttons and such can be a bit irritating.

The future is here and two new stylus are leading the pack!

The first is from Wacom, the Intuos Creative Stylus 2 for $80 and the Adoit Jot Touch for $100.  These two products are very similar in strengths and weaknesses. 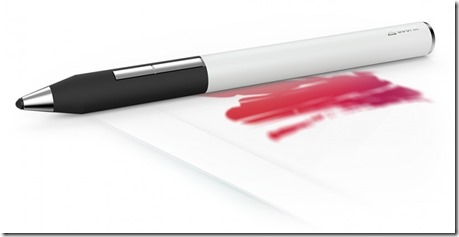 Both of these offer 2048 levels of sensitivity, something unique to them in this roundup.  Both are Bluetooth powered.  Both have small “nubs” and both have palm detection software to prevent the annoyances that all of the above offer.

Neither is ready for prime time either, which is infuriating, as I so wanted to buy both of them!  That’s my inner gadget addiction talking, and that is a very strong addiction indeed.

The biggest problem is, in order to take advantage of what these stylus have to offer, it needs to be supported in the application.  Sadly each has only about half a dozen applications that support them.  When an application does support them, the reviews seem to be mixed.  I read review after review for both products trying to decide which one to purchase and in the end decided neither appears ready for prime time.  Too many applications I use ( ProCreate, iDraw, OneNote ) simply aren’t supported yet.  Many reviews state that palm detection didn’t work, or spoke of constant disconnects.

Make no mistake, Bluetooth stylus are the future, it’s just not quite the future yet.  Apparently when you use the right application and the device works properly, the experience is amazing.  I hope they get the kinks worked out quickly.

One common problem with all but the newest stylus is palm detection.  When you draw with pen and paper, the worst that happens if your palm touches the screen is you might smudge your work slightly.  On a tablet however, the outcome is quite different.  Either your drawing is disrupted completely, or worse, you draw where your palm touches. 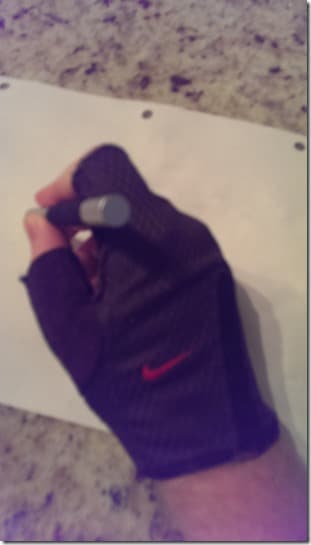 I decided to try drawing wearing my workout gloves.  Standard weight lifting gloves have a leather pad across the palm, and at least on an iPad Air, it completely prevented my palm from registering.  Of course, you do have to get used to drawing with a pair of gloves on, but really it becomes natural almost instantly.  A pair of cycling gloves should probably do the trick, you just want to make sure it’s thick at the point the palm makes contact.