Welcome to our tutorial series on creating games using Haxe and HaxeFlixel.  This particular tutorial is going to cover setting up your Haxe development environment, installing and configuring HaxeFlixel and finally creating your first simple game.  Throughout this series I will be using Visual Studio Code as my editor, you can learn more about setting up Visual Studio Code for Haxe development here.

First we need to install the Haxe toolchain.  First head on over to the Haxe download page and pick the installer appropriate for your development platform.

Run the installer.  The default settings should be fine. 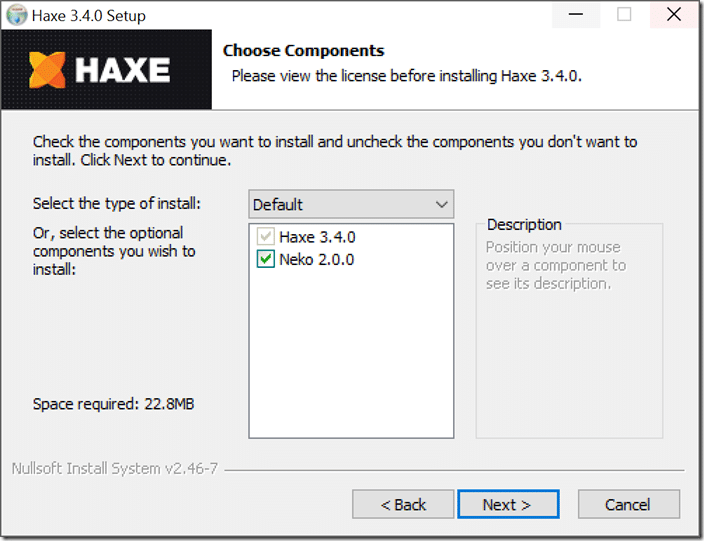 Now we need to install Haxe Flixel.  With Haxe installed we can now use command line tools to finish the installation process.  Create a new command prompt or terminal as Administrator if possible.  Then run the command

This will download all the various required libraries for HaxeFlixel to run including lime ( a low level hardware library ) and OpenFL.  Please note that as of writing, HaxeFlixel is NOT compatible with the most recent version of OpenFL and Lime, hopefully this is fixed soon.  Don’t worry though, the above command will download and configure the correct version.

Next run the command

Finally, HaxeFlixel has a set of command line tools and templates available, I will be using these tools for this tutorial series, so lets install those as well.  Run the following two commands: 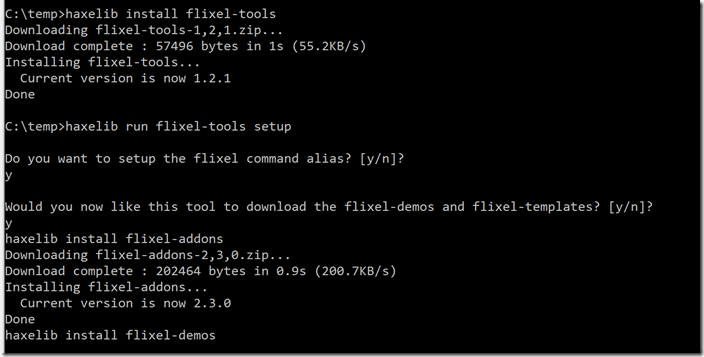 At this point the “flixel” command is now available for you.  Let’s use it to create a new game project.  In the directory you want to create your game, enter:

A new project will be created for you and if you selected an IDE during the install process, it will automatically open: 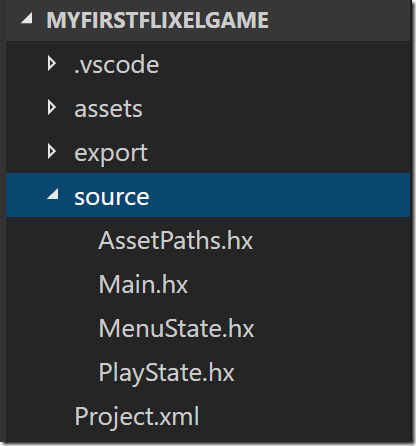 As part of the previous process several demos were installed as well.  If you want to jump into some code, instead run the command:

This will present you will all of the available templates you can create from: 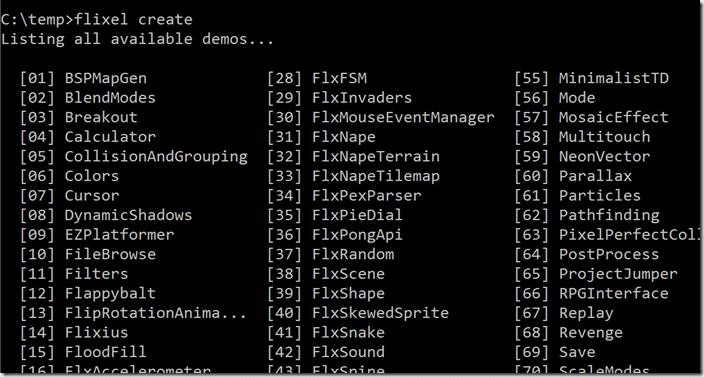 That’s it for the setup process, in the next tutorial we jump in to the code of our first application.