Today at MWC 19 in Barcelona, Microsoft announced the second release of their HoloLens augment reality headset.  Costing an eye watering $3,500 or $150/month, the HoloLens is not a mass market or consumer device.  The HoloLens 2 includes improved sensors, a better display, improved ergonomics and more.  The Microsoft blog describes the 3 pillars of HoloLens 2 development:

Immersion is greatly enhanced by advancements across the board, including in the visual display system, making holograms even more vibrant and realistic. We have more than doubled the field of view in HoloLens 2, while maintaining the industry-leading holographic density of 47 pixels per degree of sight. HoloLens 2 contains a new display 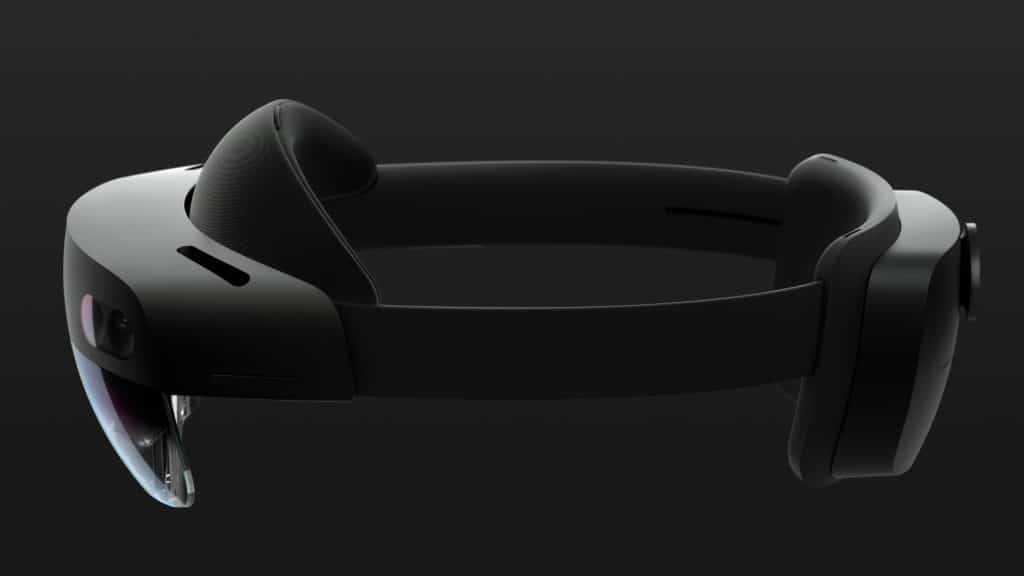 system that enables us to achieve these significant advances in performance at low power. We have also completely refreshed the way you interact with holograms in HoloLens 2. Taking advantage of our new time-of-flight depth sensor, combined with built-in AI and semantic understanding, HoloLens 2 enables direct manipulation of holograms with the same instinctual interactions you’d use with physical objects in the real world. In addition to the improvements in the display engine and direct manipulation of holograms, HoloLens 2 contains eye-tracking sensors that make interacting with holograms even more natural. You can log in with Windows Hello enterprise-grade authentication through iris recognition, making it easy for multiple people to quickly and securely share the device.

Comfort is enhanced by a more balanced center of gravity, the use of light carbon-fiber material and a new mechanism for donning the device without readjusting. We’ve improved the thermal management with new vapor chamber technology and accounted for the wide physiological variability in the size and shape of human heads by designing HoloLens 2 to comfortably adjust and fit almost anyone. The new dial-in fit system makes it comfortable to wear for hours on end, and you can keep your glasses on because HoloLens 2 adapts to you by sliding right over them. When it’s time to step out of mixed reality, flip the visor up and switch tasks in seconds. Together, these enhancements have more than tripled the measured comfort and ergonomics of the device.

Time-to-value is accelerated by Microsoft mixed reality applications like Dynamics 365 Remote Assist, Dynamics 365 Layout and the new Dynamics 365 Guides applications. In addition to the in-box value, our ecosystem of mixed reality partners provides a broad range of offerings built on HoloLens that deliver value across a range of industries and use cases. This partner ecosystem is being supplemented by a new wave of mixed reality entrepreneurs who are realizing the potential of devices like HoloLens 2 and the Azure services that give them the spatial, speech and vision intelligence needed for mixed reality, plus battle-tested cloud services for storage, security and application insights.

Building on the unique capabilities of the original HoloLens, HoloLens 2 is the ultimate intelligent edge device. And when coupled with existing and new Azure services, HoloLens 2 becomes even more capable, right out of the box.

HoloLens 2 will be available this year at a price of $3,500. Bundles including Dynamics 365 Remote Assist start at $125/month. HoloLens 2 will be initially available in the United States, Japan, China, Germany, Canada, United Kingdom, Ireland, France, Australia and New Zealand. Customers can preorder HoloLens 2 starting today at https://www.microsoft.com/en-us/hololens/buy.

In addition to the HoloLens 2, Microsoft also announced the release of Azure Kinect, an updated and more powerful version of the Kinect motion sensor previously bundled with the XBox 360/One.

The Azure Kinect DK is a developer kit that combines our industry-leading AI sensors in a single device. At its core is the time-of-flight depth sensor we developed for 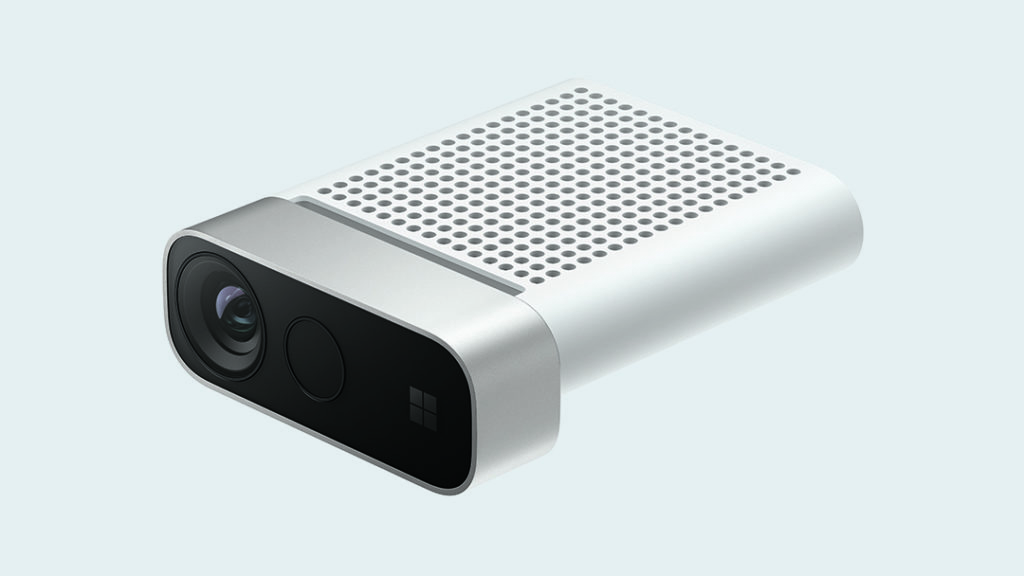 HoloLens 2, high-def RGB camera and a 7-microphone circular array that will enable development of advanced computer vision and speech solutions with Azure. It enables solutions that don’t just sense but understand the world — people, places, things around it. A good example of such a solution in the healthcare space is Ocuvera, which is using this technology to prevent patients from falling in hospitals. Every year in the U.S. alone, over 1 million hospital patients fall each year, and 11,000 of those falls are fatal. With Azure Kinect, the environmental precursors to a fall can be determined and a nurse notified to get to patients before they fall. Initially available in the U.S. and China, the Azure Kinect DK is available for preorder today at $399. Visit Azure.com/Kinect for more info.

Epic Games were also on-hand to announce Unreal Engine support for the HoloLens 2:

Epic Games today announced that support for Microsoft HoloLens 2 will be coming to Unreal Engine 4 starting in May 2019. The announcement was made during an onstage presentation by Epic Games Founder and CEO Tim Sweeney during the Microsoft keynote at Mobile World Congress in Barcelona, Spain.
This development has been highly anticipated by augmented reality (AR) communities across entertainment, visualization, manufacturing, design, and education. In a future release, Unreal Engine will fully support HoloLens 2 with streaming and native platform integration. Unreal Engine support for HoloLens 1 currently enables streaming to the device.