Itch.io are currently running a charity bundle containing hundreds of indie games, projects and even game development assets, all in support the the #BlackLivesMatter movement. 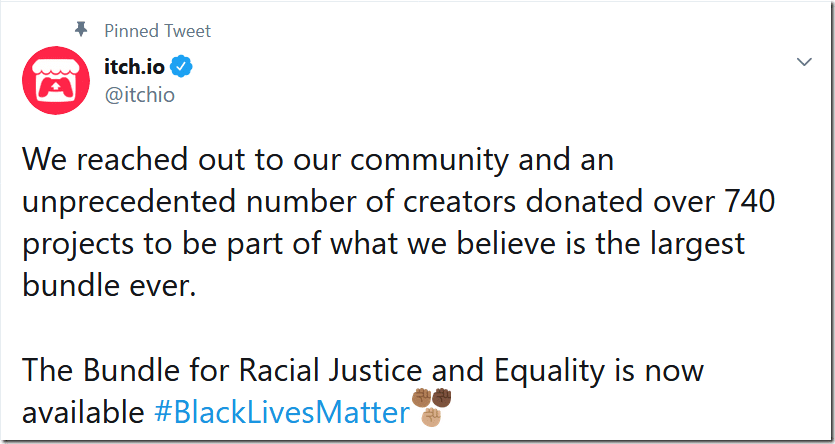 The bundle runs until June 16th and can be had for as little as $5 USD, with proceeds split 50/50 between NAACP Legal Defense and Educational Fund and Community Bail Fund.  From a game development perspective, there are dozens of gamedev specific assets, including:

You can learn more about the bundle, specifically the game development content in the video below.  You can support a great cause while absolutely loading up on indie games and game development assets!