To be honest, I am shocked it took this long.  JetBrains have made an excellent Java IDE for ages.  Then they released IDEs for just about every single language out there, as well as the C# refactoring tool Resharper, but never a full blown C# IDE, until today that is.

Interestingly though, this isn’t running on a JVM like their others (IntelliJ, Webstorm, PHPStorm), instead: 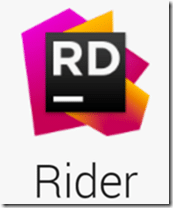 Project Rider is a standalone IDE built on the IntelliJ Platform, much like WebStorm, DataGrip and our other IDEs.

The difference however, is that instead of reimplementing ReSharper’s features on the IntellIJ Platform, which runs on the JVM, we’re using ReSharper in a headless mode, out of process, and communicating with it via a very fast custom binary protocol. As such, the backend continues to be ReSharper written in C# running on .NET or Mono, and the frontend is written in Kotlin, talking to the IntelliJ Platform’s APIs.

And you may ask, why create a C# IDE with Visual Studio and Xamarin filling the need?

Well you kept asking us, so we finally got around to doing it!

Jokes aside though, our main reason is to provide choice. We believe that we can provide a great user experience for developers that might be interested in using alternative environments.

So why now? Because we believe it is the right time due to several factors:

So, what timeframe are we looking at then?

We’re aiming to open a private EAP in the coming weeks, towards the end of February. We’ll announce the signup form here on the blog, as well as on Twitter.

Soon after the private EAP we’ll move to a public EAP. When this will happen very much depends on the feedback we get from the early testers. Our aim is to release sometime in Autumn 2016.