Kode Studio 16.1 was just released, a fork of the Visual Studio Code editor specifically modified to work with the Kha library for Haxe.  Eventually Kode Studio should be useful as an IDE for general Haxe development… maybe, read on for more on this.

The first public version of Kode Studio is out, Github hosts the downloads. Kode Studio is a fork of Visual Studio Code, optimized for Kha (Kore support will also be added). This is a very early version of Kode Studio but features debugging support which is in many ways superior to anything else currently around for Haxe based development, based on VSCode’s Chrome debugger, Haxe’s JavaScript target and a modified HTML5 target in Kha. It’s cross-platform, very fast (runtime and compile time) and very convenient (no additional software required).

To get started with Kode Studio, just unzip the archive, start the executable and open a directory (File -> Open Folder) containing a Kha project – or open an empty folder and hit the “Init Kha Project” command (Press F1, type Kha, click it). 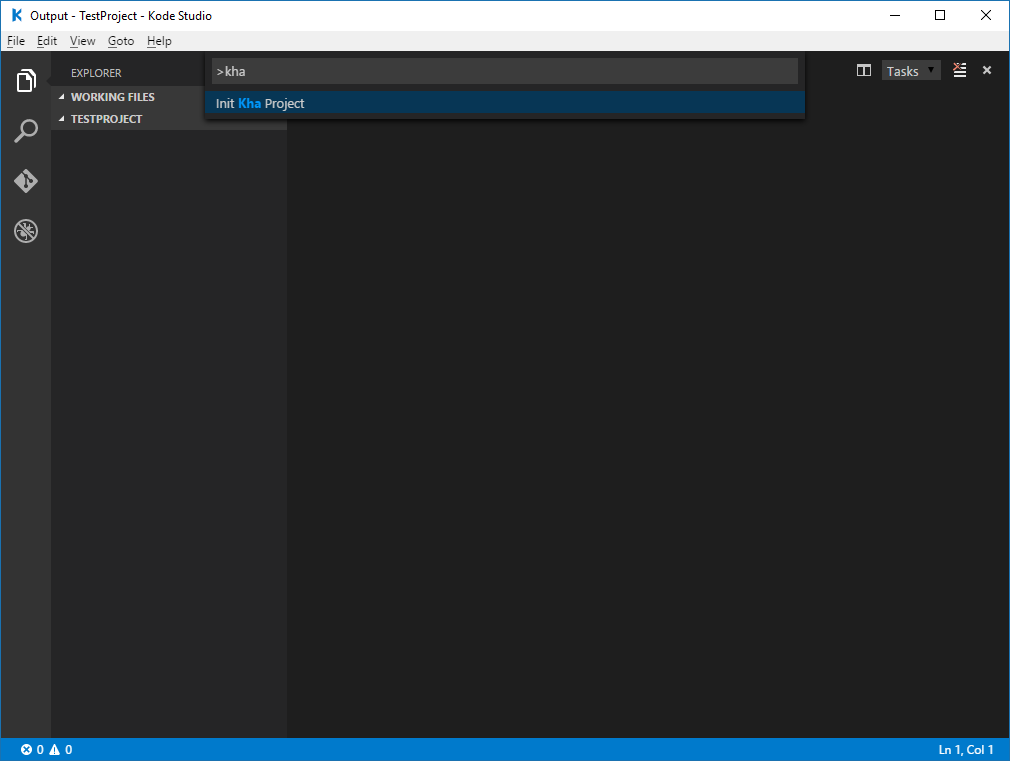 To debug open the debugging panel (the bottom icon on the very left) and click the green play button. 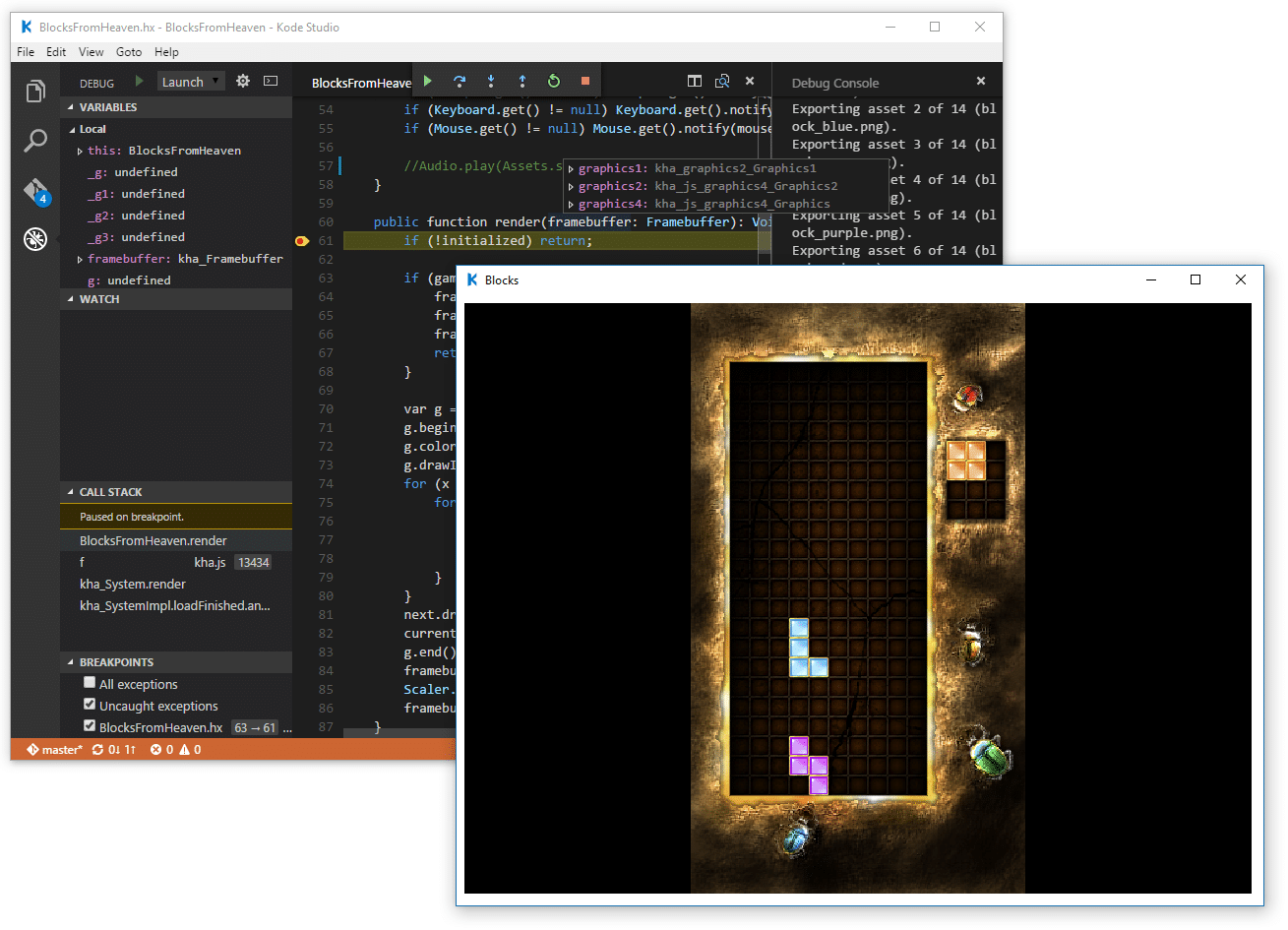 Code completion will work after your first debugging session.

We hope you will enjoy developing in Kode Studio but as mentioned before, this is a very early release. Please tell us about any problems you encounter.

Oh and here are the answers to the questions everybody wants to ask:

Is the fork necessary? Couldn’t it be an extension?
Currently it could be an extension for the most part, there are about 20 lines of code outside of extensions right now. But that is not were Kode Studio is headed. All functionality of Kit (Kha’s previous GUI tool) will be integrated. The IDE will be tightly coupled to Kha’s and Kore’s build systems. Much of that can not be done in extensions. VSCode is a strong base but it’s also a cage that has to be blast open to do Kha justice.

Is this a general Haxe IDE?
Right now – no. In the future – probably yes. But will it be a better Haxe IDE than VSCode plus the proper extensions? Probably not. The focus is clearly on Kha and Kore for Kode Studio. Every change done to the VSCode Haxe plugins that’s not specific to Kha will end up in pull-requests for the original projects – namelyhttps://github.com/jcward/vscode-haxe andhttps://github.com/jcward/vscode-hxcpp-debug