It was originally announced that the next version of Visual Studio Express would only be able to develop Metro applications, meaning developers writing traditional desktop, services or 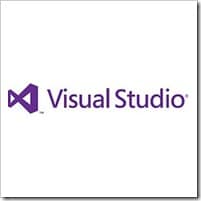 console code would have to buy the full Visual Studio.  This was a pretty serious blow to not only poor indie developers but also various open source projects.

Luckily, Microsoft has seen the error of their way and announced Visual Studio 2012 Express for Desktop.

Adhering to the core principles we’ve set for our Express products, Visual Studio Express 2012 for Windows Desktop will provide a simple, end-to-end development experience for developing Windows desktop applications targeted to run on all versions of Windows supported by Visual Studio 2012. With this new Express edition, developers will be able to use C++, C#, or Visual Basic to create Windows desktop and console applications.  Developers will also get access to new advances available across the Express family in Visual Studio 2012, such as the latest compilers and programming language tools, integrated unit testing, and the ability for small development teams to collaborate via Team Explorer and TFS Express.

It’s nice to see them put all the languages together in a single Express version as well.  Nice to see Microsoft seeing the error of their ways and not trying to force Metro down developers throats.  Now if only they would reverse their stance on XNA (or Silverlight). 🙁