Open to Unity developers that have published an existing game with over 10,000 downloads on the Google Play Store, Apple App Store or on Steam, this newly announced contest comes with a grand prize of up to $100,000 in advertising for your game.  Additionally the first 25 applications that qualify with receive $5,000USD in a cash reward.  So, what’s the catch?  You have to create your game for the UWP 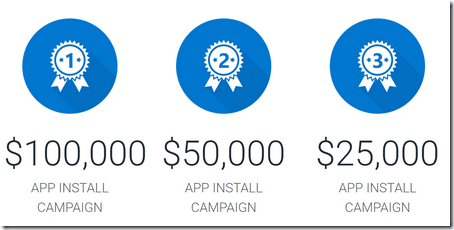 (Universal Windows Platform) platform and publish it to the Windows Store.  The contest runs from Nov 1st to Feb 28th with winners announced on May 15th, 2017.

From the announcement on the Unity Forums:

ABOUT THE CHALLENGE
This challenge is open to developers who have Unity game apps in either the Steam Store, Good Play Store[sic] or Apple’s App Store.
Bringing your game to the Universal Windows Platform and publishing to Windows Store connects your game to an audience of over 400 million devices!

TOP PRIZES
Create immediate success for your game on the Windows Store!

So what exactly does “Ad spend APP INSTALL CAMPAIGN” mean?  You’re guess is as good as mine!  Neither the Unity forum, nor the official contest page have any details as of yet, which seems a rather large oversight!  The devil as always is in the details, and that is a detail we are currently missing.

From the Terms & Conditions, some clarification on the prizes:

First Grand Prize: US$100,000 in credit to spend on app install ads at an advertising agency to be determined by Microsoft.

So basically it’s a $100,000 advertising budget by somewhere Microsoft determines.  I would guess it’s either going to be Microsoft’s own advertising networks (Windows Store or Bing) or perhaps Unity Ads.