So a few weeks back the RazerBlade 14″ laptop was announced and frankly this is exactly the kind of machine I have been looking for for a very long time.  I am exclusively a laptop user, but also a gamer and obviously as a game creator, I put a certain additional demand on my machines.

Right now, I am working primarily with a pair of machines.  The first is a Asus RoG G53SX.  Its coming up on two years old now, but it has a i7 with 16GB of RAM as well as an OK nVidia 560M video card.  So far as laptops went a year and a half back, this was about as good as you could get for a game playing system.  There is really only one problem: 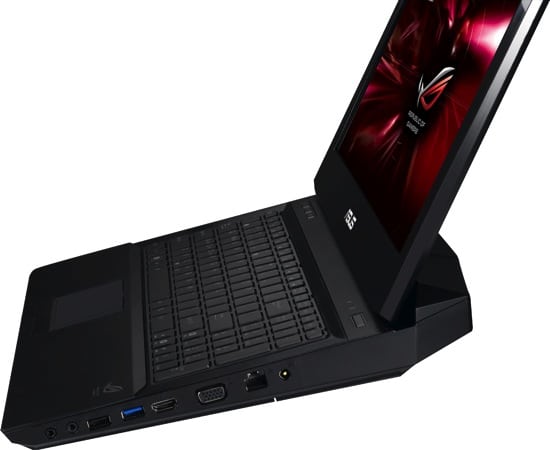 It’s a monster.  Endor has small moons that weigh less, then you can take into account another couple pounds for the equally monstrous power supply.  Plus the fans literally burn my legs if I game with it actually on my lap!

Still, it serves it’s purpose well.  When I am home at my desk, this is my primary machine, but it’s portable enough that I can move between rooms or take it with me if I need a full power machine.  I will say though, lugging this thing around isn’t pleasant… good exercise, but not good fun.

Earlier this year when my ultra portable died I ended up replacing it with a MacBook Air.  This wasn’t my intention, I actually already have an iMac that I can port/test for iOS on, so I actually purchased this laptop with the intention of running only Windows on it ( in the end, I dual booted ).  When shopping I found that portable laptops where either cheap and awful, or expensive and awful!  At it’s price level the MBA was actually the best constructed while still being ultra portable.  It’s been a good machine and I can’t complain.  The performance is OK, but if this was my only machine I certainly wouldn’t be doing any gaming!  The HD4000 just isn’t up to the task, and frankly, the battery isn’t either.

On a typical day, I spend about 4 hours out and about using my MacBook, then another 4-6 working or playing on the Asus at home.  Wouldn’t it be wonderful if I could just have one machine?  One that had the portability of my MacBook Air, but the power of my “desktop replacement”?

Enter the Razer Blade!  In case you haven’t heard of it, Razer announced a 14 inch laptop, packing a 675M GPU and the newest Haswell Intel CPU.  Most impressively, they did it in a .66inch heigh form factor! 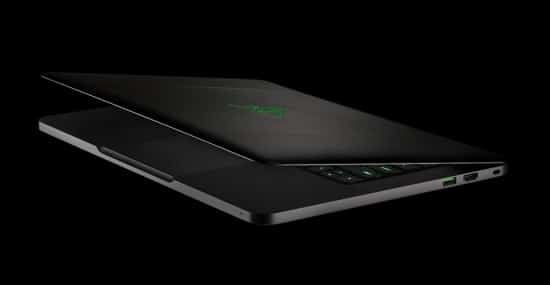 For me, and my circumstances, its a match made in heaven!  The only thing I wasn’t too keen on was the price, but at the end of the day if you want good + small + fast, you are going to have to pay for it.  It’s still cheaper than a MacBook Pro and seemingly of comparable build quality.

Anyways, this is exactly the type of laptop I have been looking to buy for the last decade, and that has never existed.  After a couple days humming and hawing, I pre-ordered one.

Then E3 came and they announced “they were rewarding their loyal pre-order customers” and shipping early.  This was yesterday, so my laptop was being shipped to me about 2 weeks earlier than I expected.  WOOT!

Then today I get a notice that my shipment was back-ordered and it would be at least a 2 – 4 week wait.

So I basically went from patiently waiting for the ship date to arrive, to exuberant that it was going to be here in a day or two, to outright frustrated and waiting at least as long, perhaps twice as long as I originally expected, all in the span of 2 days.

This was really really really bad PR Razer!  The whole idea of back-ordering a pre-order is already quite irritating.  I mean, if you are going to not be able to ship on your ship date… why the hell are you taking pre-orders?  Why in my right mind would I pre-order something from you if it doesn’t help me in the slightest. More so, you really blew it on the PR front.  The communication has been awful.  Frankly if it wasn’t such a unique product, my order would have been cancelled already.  It’s not really a matter that a manufacturing delay occurred, that happens, it sucks, but it happens.

Where you blew it was managing expectations.  I was ok with my initial release date, thats the entire concept behind pre-order in the first place, so when that date arrives, you are sure you will get one.  Then you got my hopes up and my anticipation going by announcing at E3 that you shipped.  Not only aim I not receiving now… I am not even getting it on my original ship date… hell, being back ordered, who knows when I will get it making me question why the hell I pre-ordered in the first place.  Oh and on top, the notice of back order was a system generated message with not a lick of explanation why.

This is my first transaction with Razer and I am certainly not impressed.

Sorry, end of rant.  In the grand scheme of things it’s very minor… I have to wait longer for a laptop I don’t specifically need ( if my laptop was broken, that would be a much different story! ).  If they hadn’t announced it was shipping yesterday, or it was explained why it was backordered it would have simply irritated, not aggravated me.  It’s the combination of aspects that got me steamed… and incredibly disappointed in Razer.