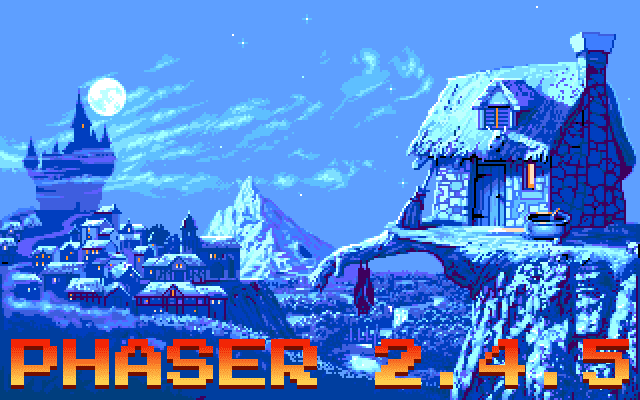 Phaser 2.4.5 is our first release in 2016 and represents several months of fixes and optimizations. As a point release it’s a safe update from a previous 2.4 build, but as always please test first before upgrading, and be sure to skim through the extensive change log. There are some great new features including Dolby Digital sound support, loads of updates to Pixi and a new Webpack bundle.

Due to on-going development of Lazer (previously known as Phaser 3) Phaser is soon to enter the LTS (long-term support) stage of its life. This is when we impose a feature freeze, locking the API down and responding only to bugs. This is a necessary step to allow us to focus on Lazer while still ensuring Phaser is given the support it deserves. Thousands of developers use Phaser and we’ve no intention of ignoring that. However with the release of 2.4.5 we will now be moderating issues opened on GitHub to this effect.

You can read more here.