Today marks the release of version 2.4 of the Phaser HTML game library.

I personally am a huge fan of Phaser, we have a large Phaser tutorial series here on Gamefromscratch. This current release is actually quite impressive in it’s contents adding video, boned character support, dynamic sprites and much more. The full release announcement follows:

They don’t come much more epic than this! 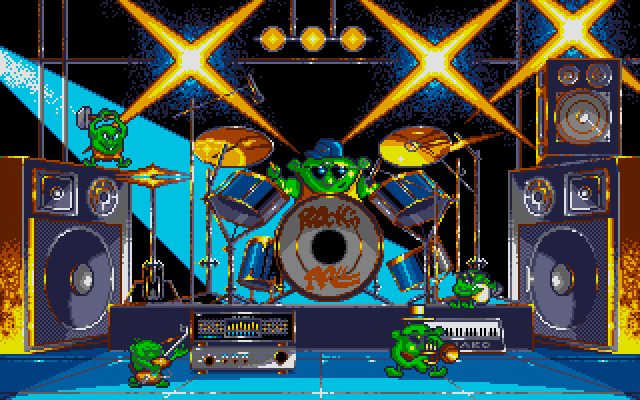 Phaser 2.4 is finally released! Thank you to everyone who helped track down bugs in the Release Candidates and provided fantastic feedback, it really helped shape this into a great release.

Without a doubt Phaser 2.4 is a huge update. We had to bump the version number from 2.3 directly to 2.4 because of some API adjustments, all of which are fully detailed in the Change Log. While it’s true we could have released it over a few smaller point releases, that just isn’t how the cookie crumbled this time. Be sure to pay attention to the previous deprecated API calls that have been removed in 2.4.

So although you had to wait for it a couple months more than usual, Phaser 2.4 is quite simply an epic release – there is no two ways about it! Brand new video component? Check. Support for fully boned Creature animations? Check. Brand new Cache and Loader updates? Check. Dynamic sprite and gradient generator? Check. Literally hundreds of updates, enhancements and fixes across the entire codebase? Yup, those too! The Change Log seems to scroll on forever, yet the overall package size continues to come down as we optimise and streamline our code too (this release actually builds smaller than 2.3 did, just 80KB min + gz)

A few people on the forum have asked how Phaser is funded: Phaser is a fully open-source project and as such we have no direct income from it at all. All development is funded by the client work that my company takes on. And of course the contributions from the incredible community (who also volunteer their skills for free).

Sometimes this work directly impacts on Phaser. For example we recently built 5 games for the new Pixar film Inside Out. Being Pixar they of course had high video requirements, so we literally coded from scratch the way videos were handled and added in video stream support in the process. Very often though our work simply uses Phaser but doesn’t enhance it. Which is why if you buy any of the books or plugins we have on sale it really does make a difference! It buys us time to work on Phaser un-interrupted, which in turn benefits everyone. Some have asked if we could add a ‘donate’ button to the site, but instead I’d rather you get value from your money – so if we release a new plugin, book or magazine you like the look of, please do consider it a donation towards the continued work we all put in.

Money stuff aside please enjoy this brand new release. We’ll carry on supporting Phaser 2 for the rest of 2015 at least, while development of the Phaser 3 renderer proceeds at a rapid pace too.

Make sure you come back to this site over the coming days, as we’ve still got to upload the 2.4 docs and loads of new examples. But that’s all for now. I hope you enjoy this release. Happy coding everyone! See you on the forums.