Pluralsight is one of the oldest online courseware companies in existence, founded back in 2004.  Traditionally they have focused on the enterprise, but have been more and more active in the world of game development.  Just in time for GDC 2017, they have released a very interesting product.  A complete top down dungeon crawler game ( which can be downloaded for free here ), as well as a series of lessons covering how the game was created using Unity, Maya, Photoshop and ZBrush.  The game “Swords and Shovels” was created by a team with industry experience including such titles as Skyrim, Fallout, Fable Legends and Splinter Cell.

The following is the official press release:

SILICON SLOPES, Utah (February 23, 2017) – Pluralsight, the enterprise technology learning platform, today announces the release of a free, downloadable game, “Swords and Shovels,” to enhance the learning experience for aspiring game developers. The first of its kind on the technology learning platform, “Swords and Shovels” offers game developers the hands-on opportunity to play a game they can then learn to recreate in its entirety through a series of courses available on Pluralsight.

Mapped as sequential training through the Game Environment Modeling learning path, the courses provide game developers with the most direct route to increased proficiency in gaming 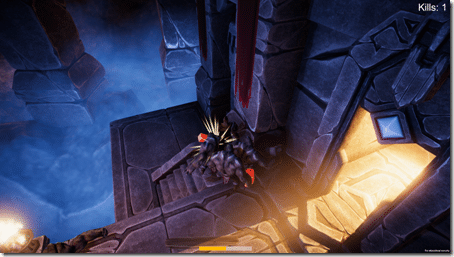 “As technology becomes more complex, the art of creating games will become increasingly interdisciplinary,” said Andy Rahden, VP of creative, design and engineering at Pluralsight. “By embracing hands-on, interactive mediums like “Swords and Shovels” and the Game Environment Modeling learning path, we are helping game developers understand the full inner-workings of a game, see where every little piece fits and interacts within the pipeline and master the skills they need to be successful.”

“Learning how to create games is one of the most difficult and demanding challenges in tech right now,” said Jean Simonet, a former AAA developer for “Skyrim,” “Fallout” and “Oblivion” and lead developer for the project. “Due to the complexity of modern games, many developers are forced to specialize their craft, limiting their experience and exposure to the various elements of video game creation. With ‘Swords and Shovels’ and the learning experience through Pluralsight, game developers can get a taste of the entire game-creation process and then select the learning focus that really appeals to them.”

“Swords and Shovels” is available for immediate download on Pluralsight.com/gamedev and will also be available to play at Pluralsight’s Game Developers Conference (GDC) booth #244 in San Francisco on March 1-3, 2017.

As mentioned above, the game is available as a free download, while the course is available via their subscription service.  You can currently get a free 10 day membership, I am currently in the process of registering, and unfortunate it doesn’t appear to be an automatic process.  Coincidentally, you can also get a 3 month subscription to Pluralsight when you sign up for Visual Studio Essentials.