Postal, a controversial video game from the 1990s, just released their source code under the the GPL 2 license. 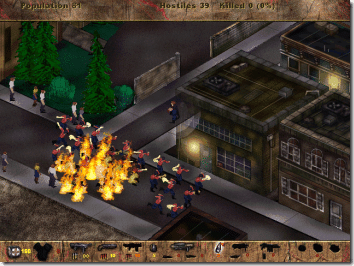 The code is primarily written in C++ and is hosted on BitBucket.  Sadly the release is source only and doesn’t appear to include any assets, so you will have to hunt down a copy to actually run it.  Details of the source release by the developer:

The remake – POSTAL Redux – was an especially big step for us; a passion project to make the original POSTAL again, but do it better this time, rebuilding it from scratch and focusing on making the most fun and exhilarating twin-stick shooter that we could by patching up the unfortunately outdated design decisions, and improve the game where we could. We even used the opportunity to bring old content, which was exclusive to the Japanese release of the game, to the west for the first time! For anyone who really wants to see how far POSTAL has come in the last two decades, there is no better way than by comparing the original to Redux.

It’s definitely been a wild ride for us all, and POSTAL means a lot to us – it’s our baby… But now we’re ready to hand the future of ‘the little shooter that could’ to the public at large. People have been asking, and we have been promising this for years now, but today we are proud to announce that the source code for POSTAL is officially released to the public on Bitbucket, under the GPL2 license. Everyone now has ‘under the hood’ access, to see what makes POSTAL tick, and anyone with the time and skills can now tweak/change/update/modify anything in the game at all! And hey, if anyone feels the urge to port the game to other platforms (The Dreamcast, for example *wink* *wink*), then they absolutely can!

This has been a long time coming, and we are tickled pink to see what the community will be able to put together from this (no seriously, someone get on that Dreamcast port. We’re not joking.).