This page is the table of contents for the Project Anarchy Tutorials posted on GameFromScratch.com. 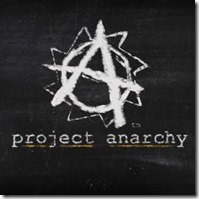 Each tutorial assumes you have read the prior tutorial, so if you are starting from scratch, you should read them in order.

The current tutorials include:

A closer look at Project Anarchy

This post isn’t actually a tutorial.  Instead, it is an introduction of what is included in Project Anarchy and a guided tour of the many tools that make up Project Anarchy.  If you have no idea what Havok’s Project Anarchy is, this is a very good place to start.