The release schedule seems to be really picking up on the Shiva engine.  Last year was months of silence with very few releases, while this release comes just under 2 months since the prior release.  Shiva is a C# based game engine with a WYSIWYG world editor.  Now in the 5th release of Beta 2, this release adds two new modules as well as several bug fixes and changes.

Details from the release:

The focus of ShiVa 2.0 Beta 5 are the new HUD and Font modules, which means you are now able to open, edit, or create new 2D User Interfaces within ShiVa 2.0. Apart from the cleaner organization of 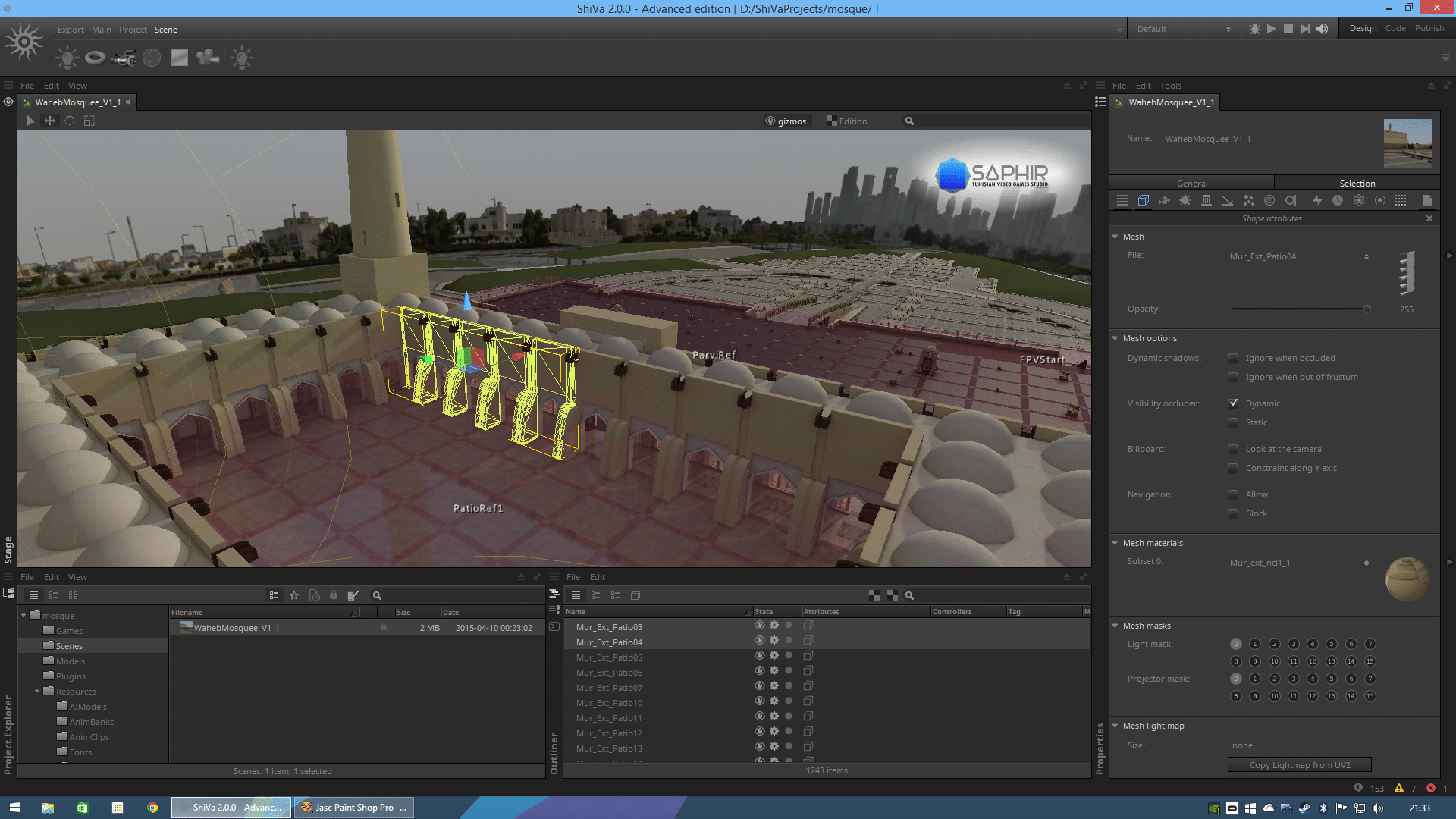 the panels, the new HUD editor also has a very nice new trick up its sleeve. You can now click a new button that allows you to preview HUD actions right within the module, without loading your actual game. This can be a huge time saver, especially if your newly designed HUD only comes up in certain gameplay situations a few hours into the game. You can also test the interaction with the buttons, sliders, checkboxes etc. and trigger their events. When Play is enabled, you can also execute actions from HUD outliner: Simply right-click on an action, then choose “Run”. If the action has to call an argument, a dialog box will pop up and ask for values.
You can even test AIModel interaction: If you send an action to an AI, the editor will report it by telling you “should send AI message: yourvalue”.

Sound on tvOS is back. We are sorry for including the wrong engine in beta 4, but this new version should fix the audio issues most of you were experiencing. Touch on WinRT Mobile has also been fixed. Some developers were reporting errors in certain screen corners, those problems should be solved. CYGWIN for BlackBerry and Android compilation on Windows is back too. Although we still recommend compiling those platforms on OSX or Linux where cygwin is not required. Cleaning up the new rendering pipeline continues as well. Especially VR developers will be happy to hear that a shader compilation bug has been fixed that was holding them up.

You can learn more about ShivaEngine on their website.