When we changed the rendering pipeline with Beta 3, we intended to move ShiVa into a better, more future-proof direction, that would give us lots of room for exciting new features in the future. Unfortunately, this also broke backwards compatibility with older ShiVa 1.9.2 generated STK packs. We are going to remedy this problem with Beta 4. In the Authoring Module, you will find a new target named ShiVa. From here, you can generate STKs containing either games or just resources, as well as STE packages. Naturally, these new STKs will be fully compatible with the new engine shaders.

For everyone working with Android, we are very pleased to tell you that ShiVa is now supporting Android Studio, which means error messages caused by newer SDK/NDK combinations that plagued your 1.9.2 development pipeline should be a thing of the past. We have a tutorial on the new process in our online docs.

As software engineers, we are naturally most excited about the changes under the hood. The Editor interface, which was previously rendered using Qt4, is now powered by modern Qt5 libraries. This might not sound like a big change, but in fact it completely overturned our schedule for this release. That means you are not getting the full feature set we originally envisioned for this release, but instead something much more valuable in the long run: optimization and performance. Previous Beta versions of ShiVa 2.0 have been rightfully criticized for loading assets and games much more slowly than 1.9.2, along with the framerate lock of 30 FPS on some hardware configurations. Qt5 forced us to implement some previously neglected enhancements, which led to a much needed performance boost. We are now able of reaching framerates well beyond 60 fps Vsync and hundreds to literally thousands of frames unsynced – depending on hardware configuration and scene complexity of course. These improvements carry over to all platforms, including Linux and the open source driver world, which now deliver playable framerates with most of the engine rendering features supported. 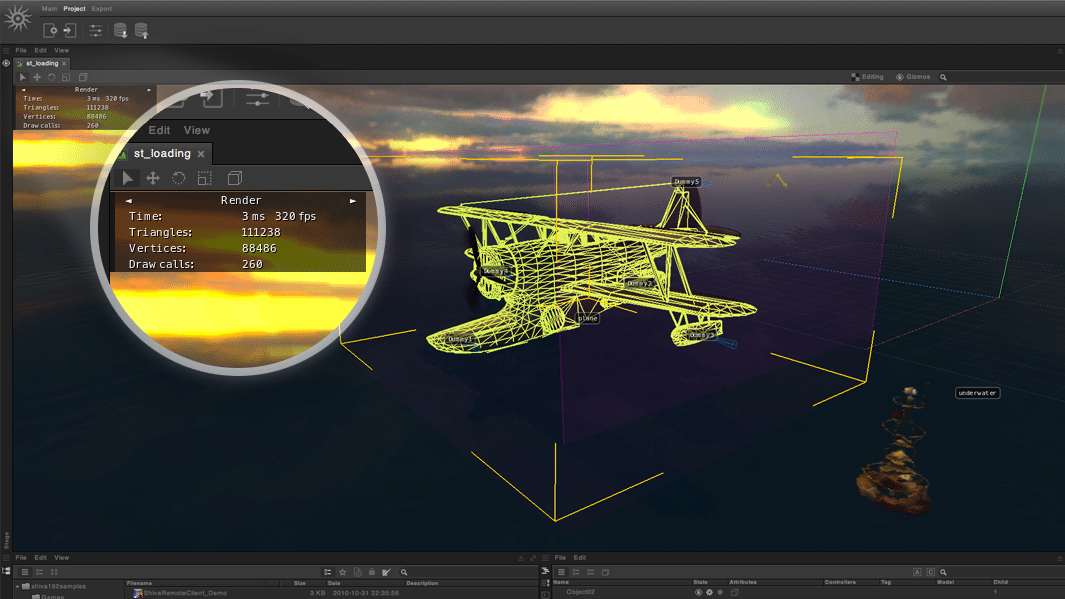 The Apple TV engine has evolved and become a truly separate target with plugin support, not just an iOS afterthought. Beta 4 also adds full support for the Apple TV touch remote. We have mapped the touchpad to a conventional controller stick and Menu, Play as well as the Click to joypad buttons. The gyro is fully mapped too, of course.

These are the big changes waiting for you in Beta 4. However we have added numerous tweaks to almost every module, and updated all the engine ports to support the current S3DX SDK. We hope you will enjoy these little changes wherever you may find them, because they add significantly to a smoother and more satisfying editing experience.

The move to QT5 was much more work than originally anticipated, but we are now back on track working on the last missing modules. We are determined to ship a first public release of ShiVa 2.0 as soon as possible next year. Beta 4 was released just a little over a month after Beta 3.1, and we intend to keep the development momentum and bring you more Betas in quicker succession. Please make good use of our Beta website and especially our bugtracker. If you have already reported on our system, please check whether your bug has been fixed with the new version and close or bump the threat (add a note) when appropriate.