You’ve probably seen me ( and many others ) mention ngons in the past and if you are drawing a bit of blank on why they matter, here is a bit of a demonstration.  An ngon is simply a face with more than 4 edges.  Let me illustrate. 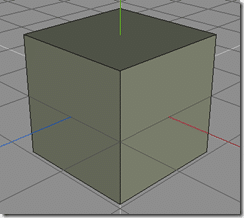 And you wanted to cut one of the faces in half like this: 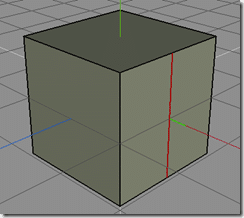 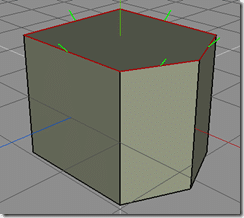 See, 5 edges.  In a app that doesn’t support ngons ( such as Blender without bmesh ), this simply isn’t possible.  In Blender, you would need to cut all the way around the object to make sure no polygons have more than 4 faces, like this: 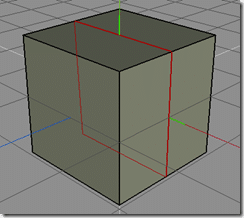 This is purely a modeling feature though, at the end of the day, Unity will convert your object to triangles, like this. 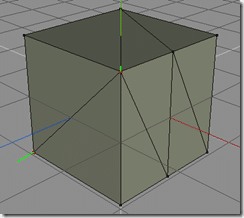 This is why working in quads is always so handy, they convert to triangles in a very predictable way.  Working in ngons is incredibly handy, allowing you to model detail only where you need it.  It makes it a lot more difficult to screw you your topology with needless geometry.  But as illustrated by the final figure, it’s not the end of the world, everything ends up the same in the end.