From this post on reddit I have learned of the open sourcing of Sony’s game tool creation kit Authoring Tools Framework (ATF).  The ATF is a comprehensive .NET/C# based framework for creating game tools.  It has been used to create all kinds of tools for several shipped games including the level editor for Naughty Dog’s epic Last of Us.

In Sony’s own words:

Authoring Tools Framework (ATF) is a set of C#/.NET components for making tools on Windows. ATF has been used by most Sony first party game studios to make many custom tools such as Naughty Dog’s level editor and shader editor for The Last of Us, Guerrilla Games’ sequence editor for Killzone games (including theKillzone: Shadow Fall PS4 launch title), an animation blending tool at Santa Monica Studios, a level editor at Bend Studio, a visual state machine editor for Quantic Dream, sound editing tools, and many others. ATF has been in continuous development in Sony’s Worldwide Studios central tools group since early 2006.

The license is Apache Version 2, which is a very liberal license with no GNU style conditions. 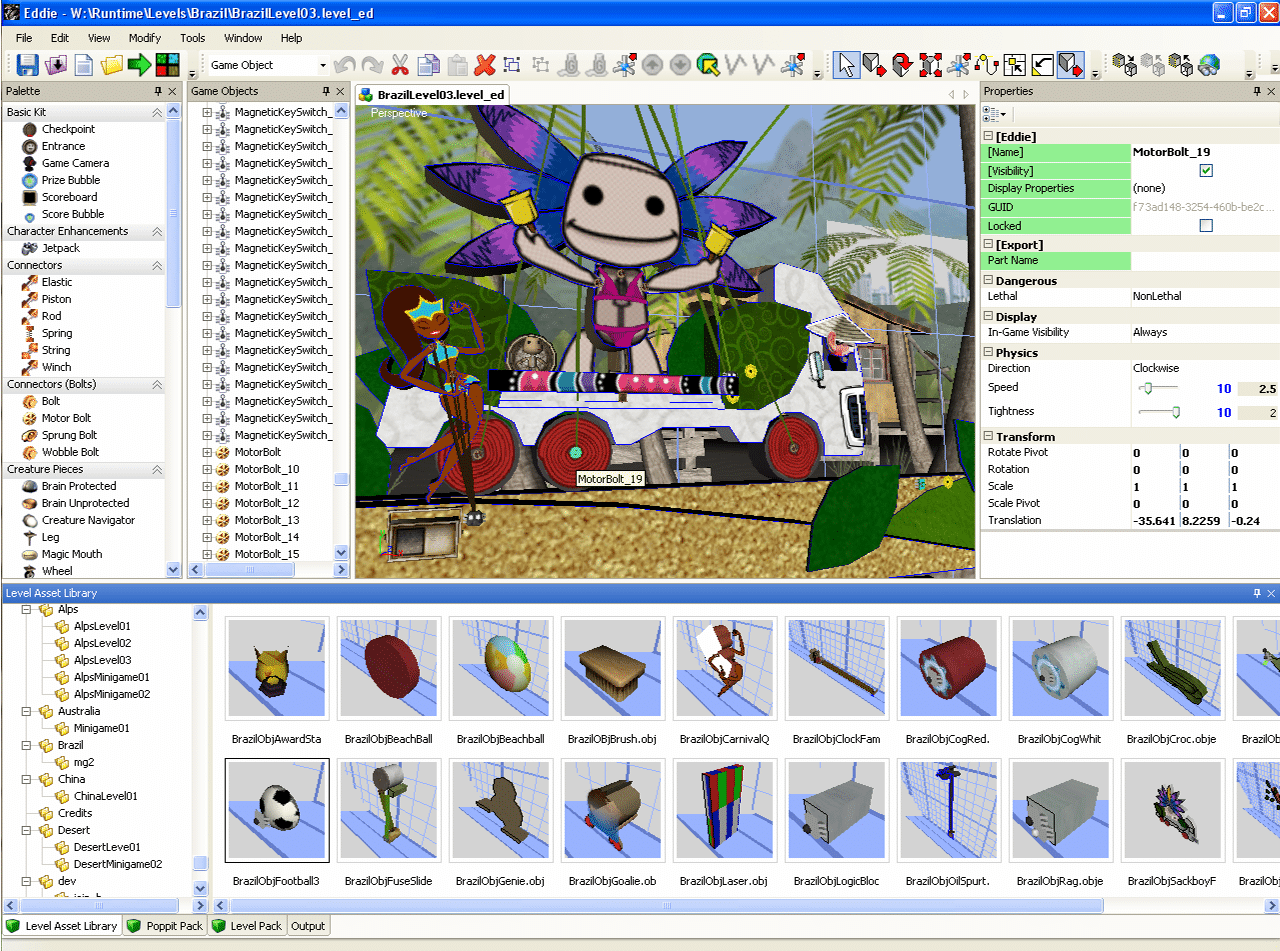 When I said comprehensive earlier, I meant it.  This is an incredibly well documented project.  There is a 75 page PDF DOM programming guide, a 30 page Getting Started PDF as well as a comprehensive online Wiki, including the ATF Programmer’s Guide.

The framework itself contains a number of classes.  It is provided as a Visual Studio 2010 project.  As you can see, ATF provides GUI components, Collada and Perforce support and more.  The core however is um… in Atf.Core, which provides the backbone of the framework itself. 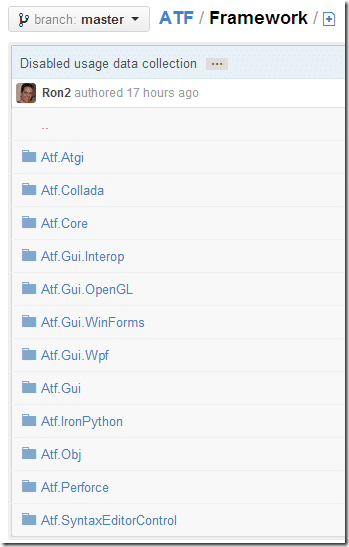 From my quick scan, ATF appears to provide a game orriented MFC style document model.  It’s complex, it will take some time digging before I can fully appreciate what this framework provides.  However, to assist in that, there are a number of included samples:

Unfortunately, a few of them are missing, including probably the one you would be most interested in, LevelEditor.  Hopefully these get released in short order.

It is getting increasingly common to create games using C# and this toolkit should make the job a heck of a lot easier!  Very cool release Sony!