Today we must regretfully inform our community of the following developments.

The updated Terms of Service section 2.4 from Unity now reads:

In a nutshell, the new ToS seem to prevent running any portion of the Unity runtime on a cloud based install without prior licensing of the cloud hosting company and Unity directly.  The timing of this is quite interesting following on the heels of a partnership between Unity and Google to provide cloud based networking services.

In the meantime, developers that built their game around Unity and SpatialOS are going through a bit of a rollercoaster ride of emotions right now, such as Spilt Milk Studio: 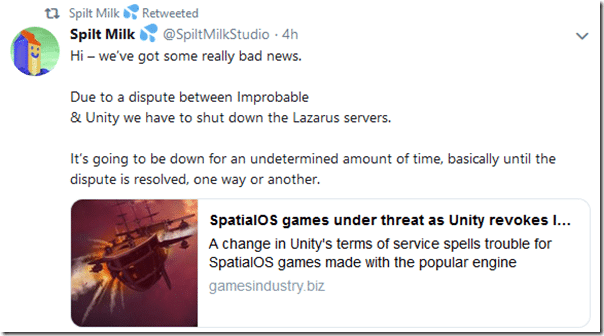 Unity have not yet released a public content although their forums are quite… lively.

UPDATE: Tim Sweeney, founder and owner of Epic Games was quick to comment upon Unity’s gaff here and to reassure Unreal Engine developers that this wont happen to them: 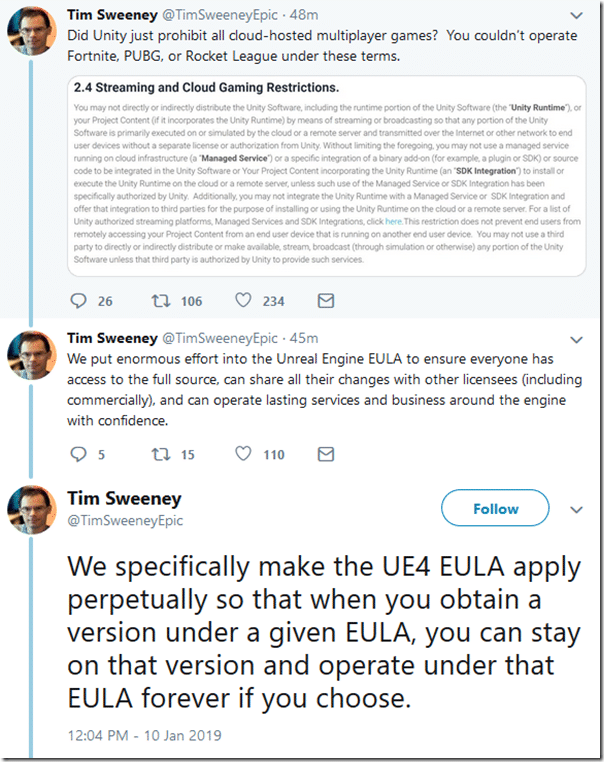