Superpowers is a recently open sourced collaborative game engine for making 2D and 3D games, using TypeScript initially with Lua a WIP.  It’s built around HTML5 web technologies but isn’t really a browser game engine.  It’s available for Windows, Linux and Mac OS and it’s completely free, although I’m pretty certain the devs would appreciate some financial support should you find yourself digging it.

This on the other hand, as in this document you are reading right now, is the first part of a multi part tutorial series teaching you how to use Superpowers.  We are going to break this tutorial series across several posts, each covering a particular theme.  By the end though, you should be pretty well equipped to make your own game using the Superpowers engine.  So without further ado, let’s begin.

Getting the Superpowers Engine

First things first, we need to download and install the Superpowers engine.  There are two ways to go about doing this, from source on Github or the easy way.  We will take the easy way, because hey, it’s easy.  Simply click here and download the most recent Superpowers release.  You have the option of kicking in a bit of cash to help the developers at this point, but you don’t have to.  The key thing is, grab the version that is right for 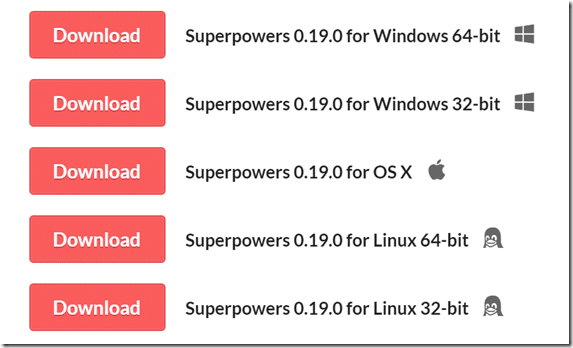 Now that you’ve got the file downloaded, simply extract it to whatever directory you want to run Superpowers from.  In my case I chose d:dev so Superpowers is installed in D:Devsuperpowers-0.19.0-win-x64.

And done.  Not exactly the most difficult install process you are going to encounter, eh?

Now locate the file superpowers (+ .exe on Windows) and double click it. 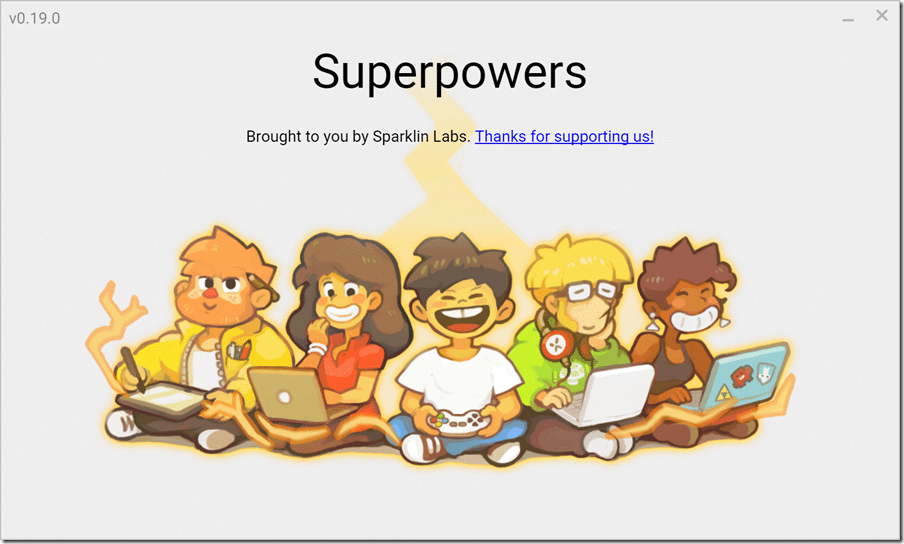 This is the Superpowers welcome screen, it may not be immediately obvious but click on the image of the kids to launch the engine proper.

Now we are brought to the Superpowers server window. 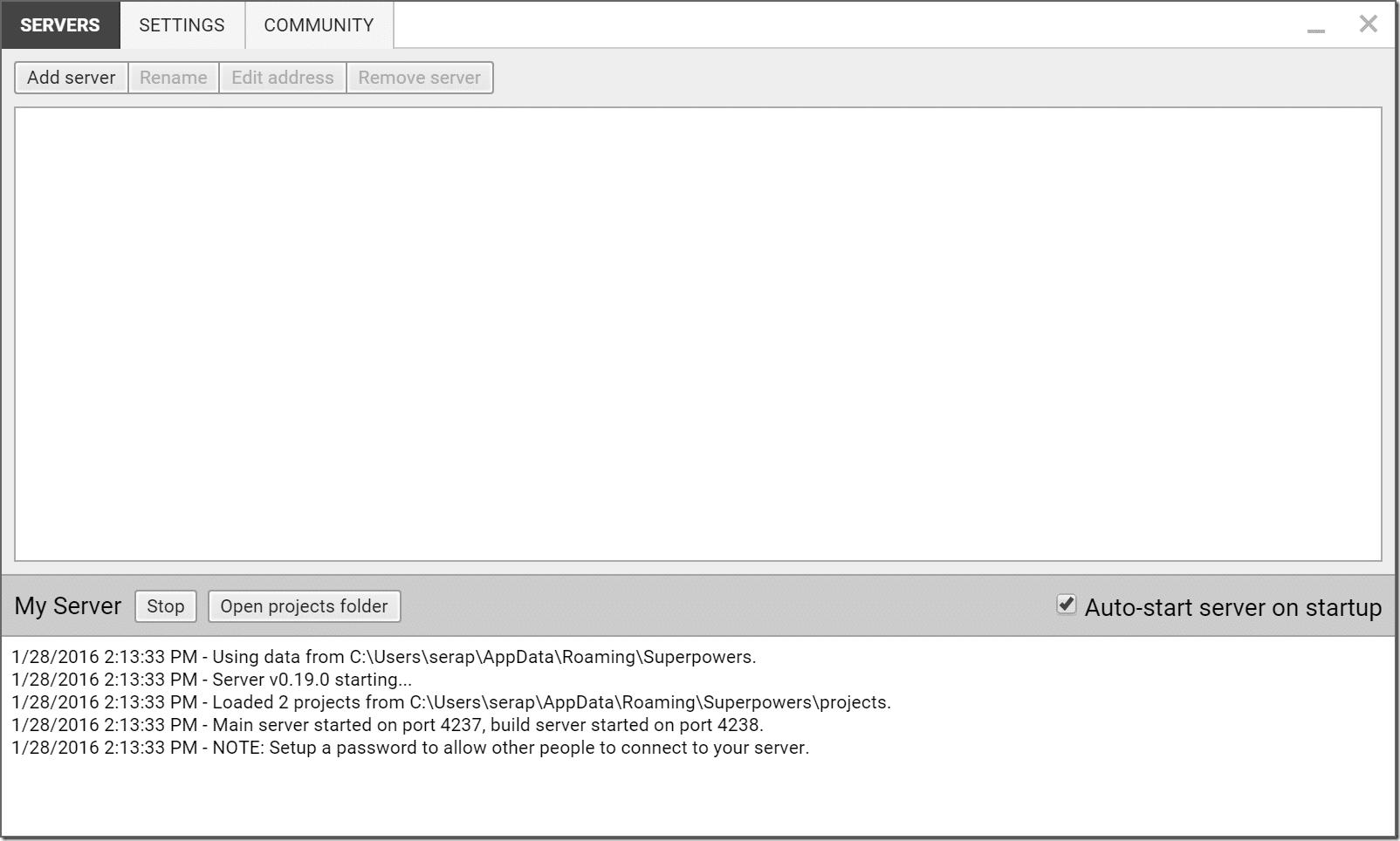 Next create a server.  Simply click the ‘Add server’ button.  Don’t worry, we only need to do this part once.

You will then be prompted to name your server, do so.  By the way Superpowers team, you’ve got a bug in your button label here…  Once you’ve named your server, click ‘Add Server’

It will then prompt you for an IP address, and defaults out to 127.0.0.1:4237, which is a loopback or friendly way of saying “this machine”.  If you don’t have any reason to change this, don’t.  If you are running on a server and are going to be working externally with other developers you will use whatever your servers external IP address is instead. Click ‘Add server’ again.

TADA, you’ve got your own Superpower server:

Now double click your server to launch the Superpowers project manager.  We will be asked to create a user account: 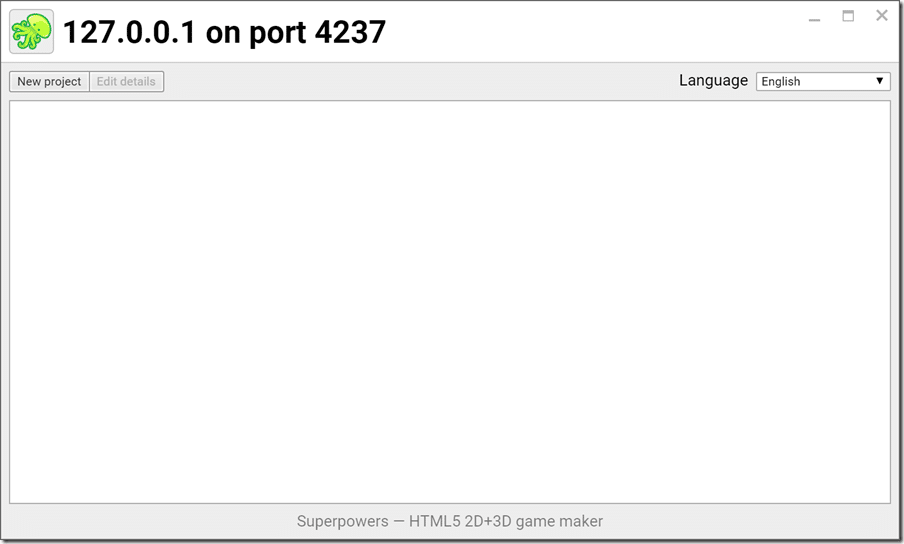 Next name your project, optionally describe your project and pick wether to use a template or not.  When complete click Create: 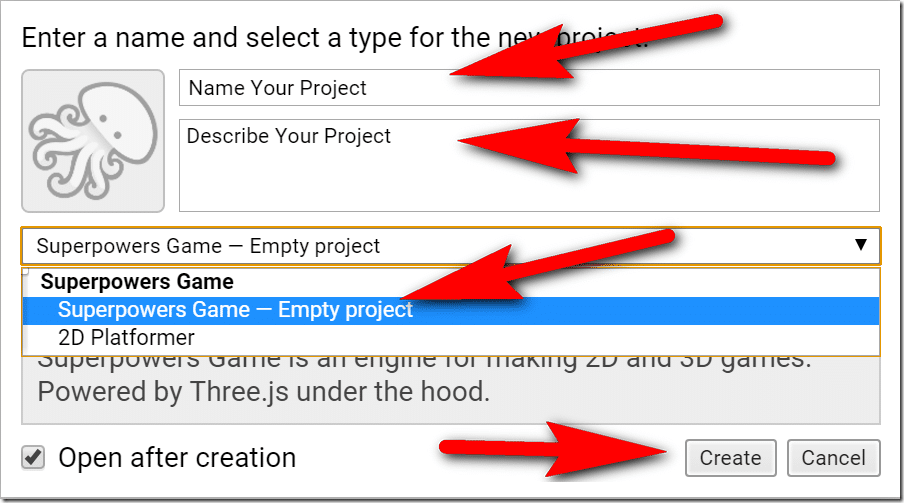 And finally, TADA, the Superpower editor:

Alright, that’s it for this tutorial.  We now have Superpowers installed, running and created our first project.  Click Next Part below to continue on to the, um, next part.