Tiled is a popular open source map editor supported by almost every single 2D game engine available these days.  If you are interested in learning more about Tiled, be sure to 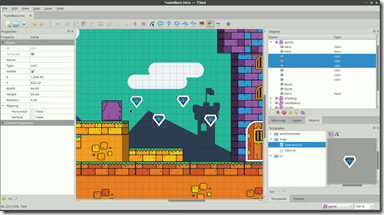 You can read more about this release and the new features here.  Tiled is available for download here while the source code is available here.