I’ve noticed since Apple announced Medal at the WWDC a number of people are quite confused over exactly what Metal is.  This post is an attempt to clear that up without having to dig through marketing speak or fanboy drivel. 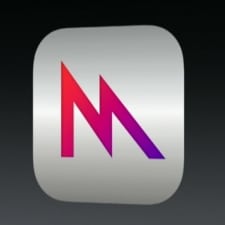 There is one very important thing to start with…  Metal is not going to cause OpenGL to go away or for Apple to stop supporting OpenGL.  If you are developing a game using OpenGL today, don’t worry, absolutely nothing about your world changes!  Metal is an alternative to OpenGL, but they push different buttons, we will cover that shortly.

So, what exactly is Metal?  It’s a low level, less portable more optimized graphics layer for doing the same kind of things you would use OpenGL ( and OpenCL ) or Direct3D for.  That is 3D graphics rendering and parallel GPU programming.  Metal attempts to lower the amount of overhead required for performance reasons as well as reduce CPU bottlenecks ( right now GPUs are spending a lot of time waiting around for CPUs and this is bad mkay? ).  Think about it this way, if you took OpenGL or Direct3D and took away years of cruft and supported only a subset of modern hardware, do you think you could make things faster?  Of course, you could, assuming programming ability of course.  That is essentially exactly what Metal does.

There is one other very important thing to realize here.  Metal is Apple only!  This may seem obvious, but it really needs to be pointed out.  DirectX works across a number of video cards and OpenGL works across a number of video cards AND platforms.  Metal on the other hand works only on the newest iOS devices, specifically those with A7 processors ( and assumedly A8, A9 etc… ).  Metal doesn’t even work on Mac OS, but assume all future devices ( such as a console or TV ) from Apple to support Metal.

The idea of Metal is hardly anything new.  In some strange ways it’s actually a throwback to the way things used to be in the bad ‘ole days, where each vendor would ship a custom API to take advantage of their 3D hardware.  Voodoo Graphic’s GLIDE API was probably the most popular example.  It was common for game developers to create versions of their games for specific hardware.  Eventually general APIs like D3D and OpenGL won out as it was a pain in the ass supporting all these different render paths… what’s old is new again!  That said, Apple is hardly the only vendor leading us down this road, AMD recently released Mantle, which is basically the exact same thing ( a low overhead GPU API ) targeting AMD/ATI hardware.  Even Microsoft plans to go lower level in DirectX 12, but unlike Metal, it will still support a number of GPUs.

So, from a Programmer’s perspective, what is Metal?  It’s a new API that is part of the iOS 8 SDK.  It consists of two parts, the ObjectiveC based SDK and a scripting language creatively known as Metal Shading Language.  The Metal shading language is based on C++11 and is used to write code that will run on the GPU.

Should I work with Metal?

I suppose the most important question is… should you care?  To the rank and file indie game programmer truth of the matter is Metal is a bit of a non-issue.  Is it worth re-writing your code to work with Metal?  Probably not.  If you are working cross platform, almost certainly not.  Metal is just too small of a portion of the market to really justify the investment.

Will you benefit from Metal?  Yes, you probably will.  While you writing a renderer that takes advantage of Metal to run as fast as possible on A7 iOS devices really doesn’t make a lot of sense, for middleware providers, that isn’t the case.  Already Unreal Engine, CryEngine and Unity have announced future support for Metal and expect most other iOS game engines to follow suit.  So, if you are using a game engine, there is almost nothing but upsides to Metal’s announcement.  If you are a middleware provider, well, yeah… Apple just created more work for you.

Is there a downside?

Well, other than the work it generates for middleware/engine providers, there is certainly one possible downside to Medal.  Until now, especially with the success/clout of iOS, Apple has been a major influencer on the development of OpenGL.  Now that they have their own vendor locked alternative, and let’s not forget Apple LOVES vendor lock in when they are the vendor, it is possible OpenGL’s development becomes much less of a priority to them.  At the end of the day though, Apple simply can’t dump OpenGL as the most likely result would be a mass of people dumping Apple.

The only other major downside I can think of is in regards to shader programming.  Right now most game engines simply use HLSL or GLSL shader languages.  Therefore when Unity, Unreal, CryEngine, et al.  finally do add Metal support, I will be interested in seeing how they handle shaders.  This is one area of work that could be thrust back on the poor indie developers.  In this regard, only time will tell.