The next major release of the Unity game engine is here, 2017.3.  New features of this release include 360 degree video 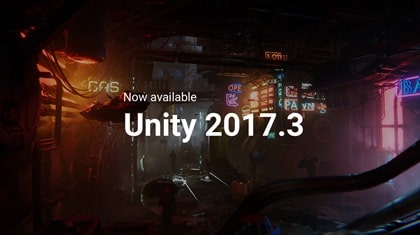 New features in this release include:

You can learn more about the release here, view the full release notes here and Unity can be downloaded here.