With the release of Unity 5.6, Unity have switched to a new naming convention with the next release being Unity 2017.  They just announced that Unity 2017.1b Beta is now available.  Be aware that this release is a beta and should not be used for production development, expect bugs and warts.  This release brings major new functionality including improved cut-scene tools, 2D improvements including sprite masking and a new physics shape editor.  FBX importing, animations and particle systems have also been improved.

More details from the announcement: 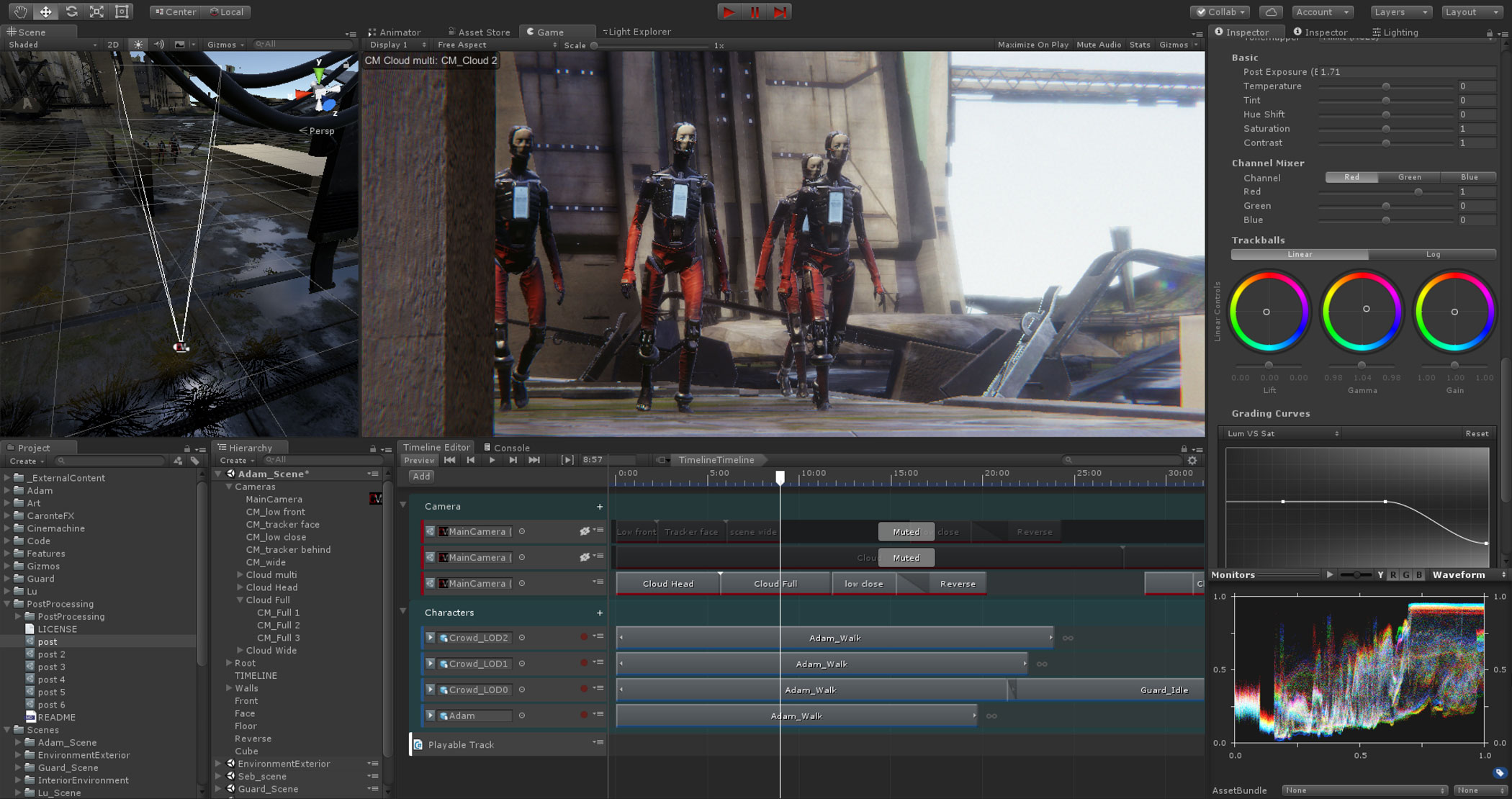 Timeline is a powerful new visual tool that allows you to create cinematic content (like the Adam short film). You can use it to cut scenes, create gameplay sequences and much more, by orchestrating your game objects, animations, sounds and scenes.

Cinemachine brings an advanced camera system that enables you to compose your shots like a movie director, including using real world camera settings and simple directions like “follow the head of the character.”

Following up on the major 2D feature improvements in 5.6, we are introducing 2D Sprite masking, which enables you to use masks with Sprites to create new kinds of effects.

Management of Sprites and Atlases have also been made easier by introducing the Sprite Atlas asset, which gives the developer more control on how to pack sprites and access them at runtime.

Another example of a workflow improvement is the addition of the Physics Shape Editor to the Sprite Editor, which allows you to create and edit a custom physics shape for a Sprite, which will then be used when  generating collider shapes with a PolygonCollider2D Component.

FBX import in Unity now supports Segment Scale compensation for models exported from Maya. We also added the option of computing weighted normals when importing FBX files and fixed normal generation for hard edges. Lights and cameras are now imported from FBX files, and visibility properties (including animation) can also be imported.

Animation windows have been updated to improve the keyframing workflow of working with animations and interacting with animator state-machines. Performance Recording will be provided as an experimental release.

Collaborate is a simple way for teams to save, share, and sync their Unity project, regardless of location or role. In 2017.1 we will continue to improve the workflow with new features like browser integration and the ability to publish selectively.